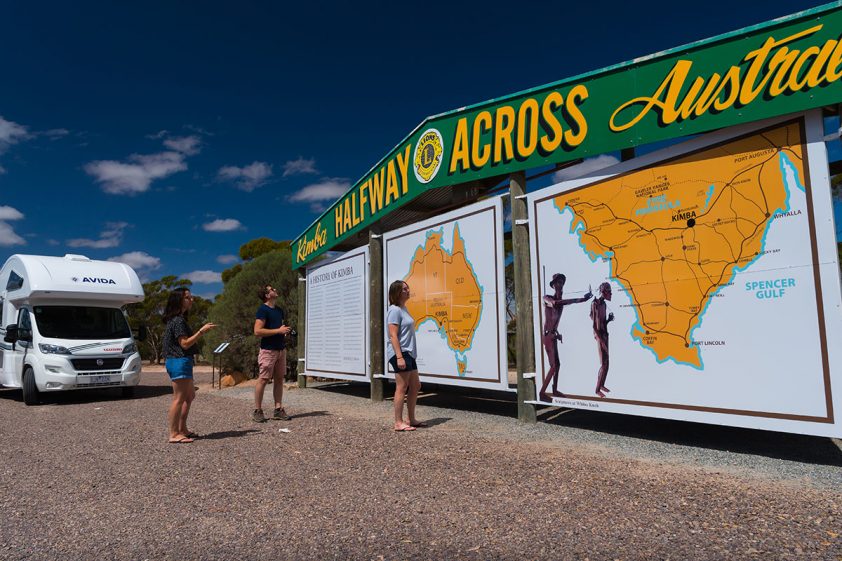 Although now permanently closed to the public (that means no climbing!) and definitely not looking in its prime, Berri’s Big Orange was once a prominent tourist attraction! The orange is 15m tall, with a diameter of 12m and is believed to be the ‘biggest fruit’ in Australia. The orange was constructed in 1980 of fibreglass and steel, weighs about 80 tonnes, and is believed to cost around $145,000 at the time. One of Australia’s ‘big’ icons, the 8m-tall Big Galah has been guarding Kimba’s adjacent ‘Halfway Across Australia’ roadhouse, with its gems, Kimba tea towels and souvenirs, fluffy toy galahs and stubby holders, since 1993.

It is made of steel, wire, fibreglass and is gel-coated and was built by Roger Venning and his family.

Kimba, known as Australia’s ‘halfway’ point is a popular stopover for travellers wanting a picture with either the geographic marker or the Big Galah – or both! Loxton’s Big Pelican is located on the town’s picturesque riverfront and near the not-quite-as-large-but-equally-as-impressive Tree of Knowledge.

The big bird was a relic from a 1979 Mardi Gras parade where it premiered as a float for the Loxton Aquatic Club and carried the Mardi Gras Queen. It performed at other parades, even travelling to Adelaide, over the years, before finally coming to rest on the riverfront – with a new coat of fibreglass – in 1992. And it is on wheels, so it can be moved in the event of a flood! One of Australia’s biggest windmills – or possibly the biggest – the Comet, is on show at the Windmill Museum (more a field of windmills with an info kiosk than an actual museum) in Penong, SA. You can wander among the different shaped and sized windmills, many of which are loan or have been rescued from different property owners in the area and around Australia. The museum was a community initiative aimed at bringing tourists to the town.

The Comet, named Bruce, stands at more than 35ft and is the centrepiece of the museum. The Nullarbor Roadhouse, another popular stopover for travellers cris-crossing the country, is home to the Big Whale. This section of the Nullarbor, along the Great Australian Bight, is renowned for whale watching between May and November. 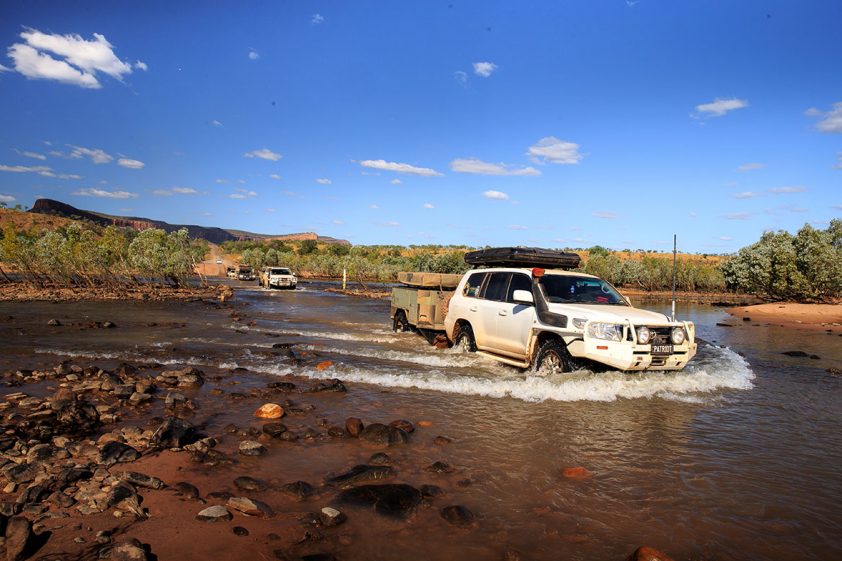 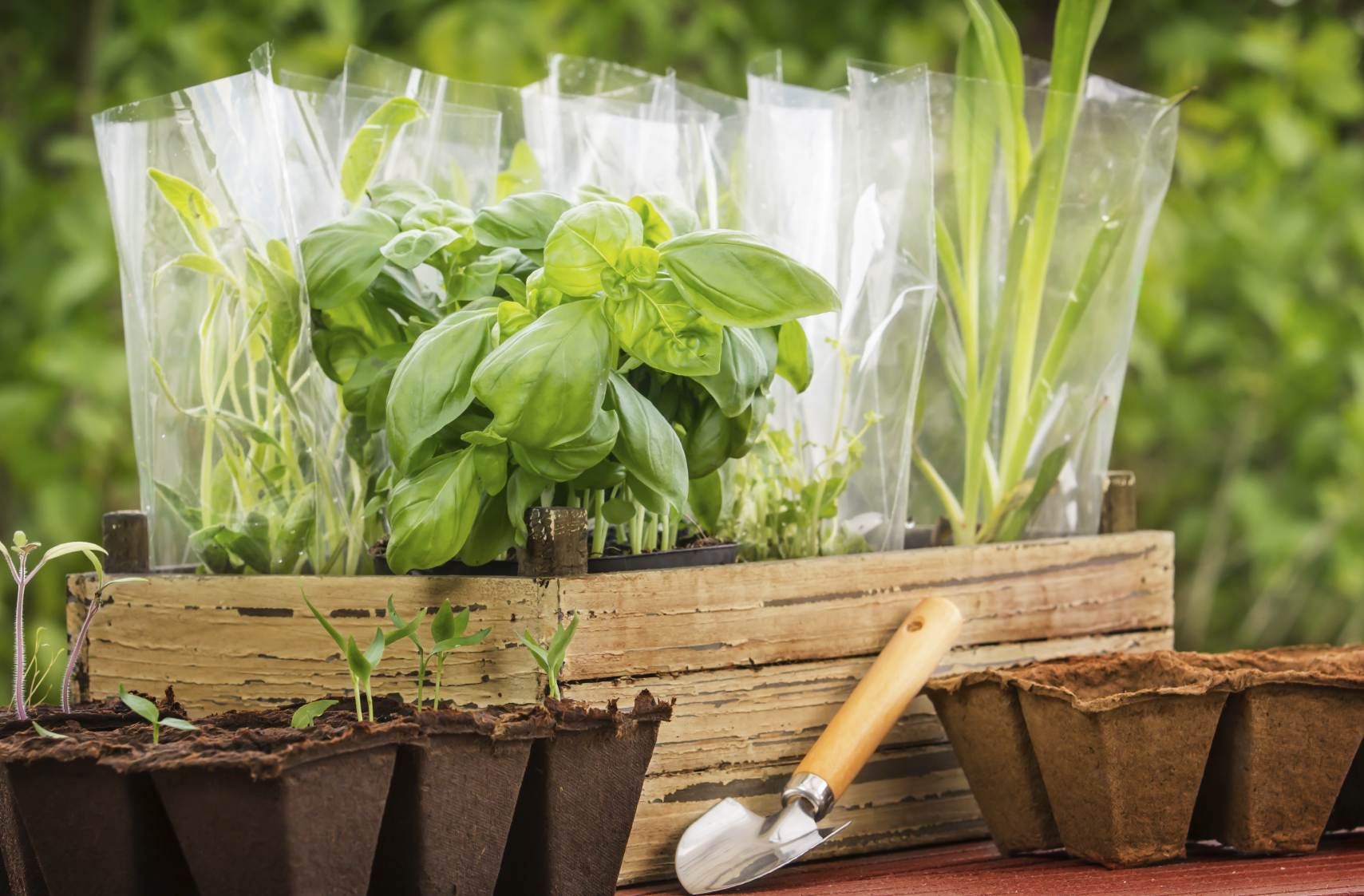 Pot ’Em Up: A Guide To Growing Herbs In Your Caravan 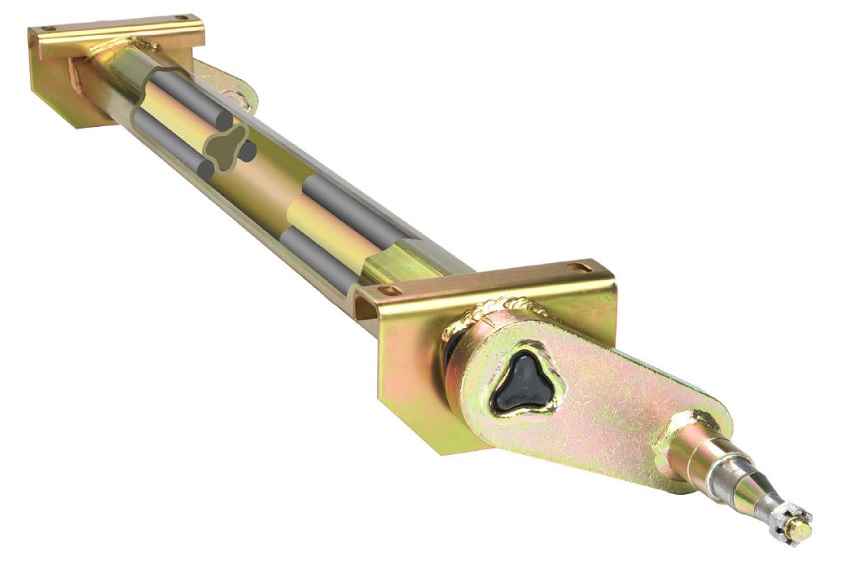