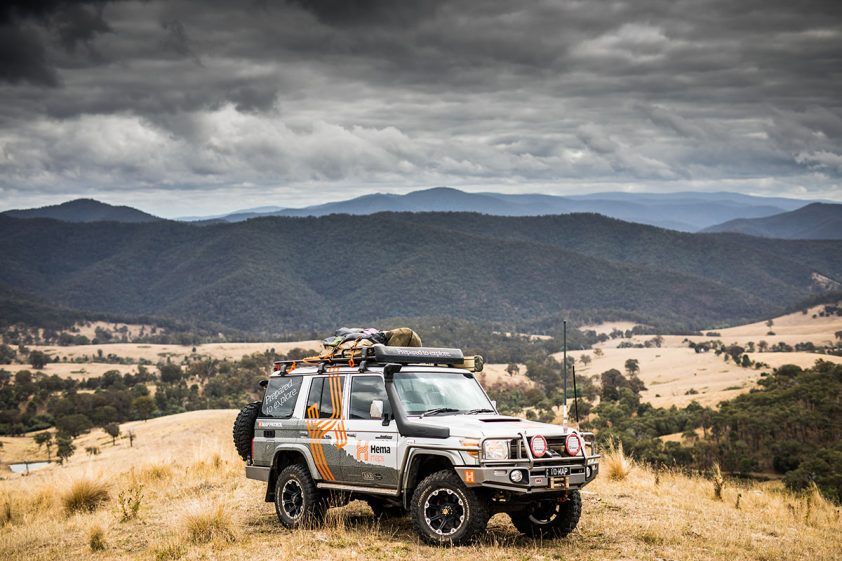 When we looked for the ultimate, go-anywhere vehicle to take us into the High Country for AL-KO’s Toughest Tow Test, there was nothing better than Hema’s LC76 Map Patrol vehicle.

This vehicle is the real deal. It’s a weapon, built tough for a purpose. After all, the country’s best offroad navigational maps don’t just grow on trees. This LC76 is a Hema Map Patrol vehicle, used to get the team out there to physically explore every nook and cranny they can find.

After all, these guys don’t just follow a map, they make it. That often means forging new paths, and eating Australia’s toughest, most remote touring routes for breakfast.

When it comes to building a tough, go-anywhere tourer, Team Hema knows exactly what it takes and that made it the perfect vehicle to take us to the High Country. To build a tough tourer, you need to start with the right vehicle. There’s no point spending a fortune on a 4WD that may, or may not, put up with the rigours of constant offroad torture. After speaking to Hema’s Chief Explorer (Managing Director) Rob Boegheim, it was pretty clear why the LC76 was their first choice.

“The 70 series LandCruiser is the only large diesel, double solid axle vehicle around these days,” Boegheim said. “We also chose it for its toughness, reliability, ease of outback parts and repairs, bush-ability and all round simplicity.

“Plus, with the GVM upgrade, it has a massive payload compared to most others, including utes. In fact, it’s the one vehicle in our fleet that rarely has a challenge staying within its GVM.”

During the first part of the Toughest Tow Test, the LC76 was tasked with towing the Avan Aliner – a mere minnow compared to what it could have handled. And it’s fair to say the weight was barely noticed on the back of it.

“In our view the 70 series range are the only purpose-built bush tourers left on the market. Everything else is a compromise,” Boegheim said. “The only downside is that it’s not available in auto from the factory.” Once the vehicle of choice was locked in, it was time to start with the fun part – the upgrades! First cab off the rank was some ARB protection equipment, namely the front bar, side rails and rock sliders.

There’s also a Warn 12.0 XE winch installed, which Boegheim said was overkill but great peace of mind. It’s got the longest duty cycle of any electric winch on the market today. It’s even got a cooling fan that switches on automatically if the winches motor reaches a certain temperature.

During the second part of the Toughest Tow Test, the LC76 acted primarily as a recovery vehicle for the 4WDs and offroad vans in our convoy. Luckily, we didn’t require the winch but I would have liked to see it in action!

The Hema LC76 runs OME suspension with 17in DC Alloy Torque wheels and Cooper STT Pro tyres 285/70/17s, both of which he says are “as bullet proof as the rest of the rig”.

An ARB snorkel ensures that big beefy powerhouse of an engine gets plenty fresh, clean air while also ensuring it doesn’t suck a mouthful of water doing the almost-daily river crossings we encountered in the High Country. The extended diff and transmission breathers are there for the same purpose – to keep water out of the driveline.

There’s also a steel rear bar from Kaymar, complete with a swing-out spare wheel carrier and dual jerry can holders for water. Plus, there’s an ARB steel roof rack for extra gear up top and a Foxwing awning that we slept under in swags during the week. There’s also rooftop tent fitted for specific, longer trips as well. On the inside, you’ll find this weapon is set up with serious touring and long distance trips in mind, so it was ideal for the Toughest Tow Test.

My personal favourite comfort upgrade was the Recaro seats fitted up front. They sport adjustable lumbar supports with a little hand air pump, which really helped while travelling on those back-crunching stretches of road between Sydney and Melbourne. They even have the Hema logo embroidered on the backrest; you know, for authenticity.

If you get lost in this rig, it’s safe to say you can’t be trusted unsupervised! As you can probably imagine, Map Patrol vehicles come with more navigational goodies than NASA.

There’s a satellite phone hardwired into the vehicle, a Spot GPS tracker mounted on the dash and, of course, the latest Hema GPS – the HX-1. Then there’s the in-dash ZENEC media unit with Hema 4WD navigation, reverse camera and Bluetooth music for all those long hours on the road. There’s also an iPad mini with GPS on a seat-mounted RAM mount running the Hema Explorer app.

But wait, there’s more. Apparently, even the Canon DSLR camera has an in-built GPS!

No doubt you’ve already spotted all those aerials poking out up the front. They belong to the UHF radio, a hi-gain mobile and the sat-phone. Oh, and there’s a sand flag, too. With all that gear, it’s clear this vehicle is built for more than just driving – it’s the ultimate touring package. The Outback rear drawer system, complete with a sturdy cargo barrier, houses all the essential equipment you would expect: recovery gear, tools, spare fan belts, filters hoses and oils. The first-aid kit lives here, too, along with plenty of other goodies.

A good sized ARB fridge/freezer mounted on a built-in fridge slide takes care of the cold storage, and three food drawers on the top section account for the rest!

To ensure a tank of questionable fuel from an old outback servo doesn’t get into the engine, Hema has installed a Fuel Manager Filtration System. And, thanks to twin long range fuel tanks, this thing could just about cross the country without refuelling – well, maybe not, but you’d get a pretty long way! It’s got a 170L main tank, 90L sub, plus two extra 20L steel jerry cans on the  roof – that’s 300L in total. And with a big crusty V8 providing the mountains of oomph, you can never have too much fuel, eh?

With a full 3in exhaust system and eight chunky cylinders, this thing sounds as good as Barnsley cranking Khel Sinh on a Saturday night!

The rear ARB air locker comes in pretty handy – these old Cruisers have a tendency to lift a wheel or two here and there – nothing like a leaf sprung rear end and a lack of travel to liven up an offroad obstacle!

There’s also a Hayman Reece adjustable tow bar, which is as chunky as they come, and adjustable rear airbags to help take care of any extra added rear weight.

It has an electric brake controller installed for towing and, just like the rest of the build, nothing but the best will suffice. Hema went with the Redcar Tow Pro, which I can now vouch for after towing everything from a camper trailer to a 5.5m (18ft) caravan throughout the AL-KO Toughest Tow Test High Country adventure.

Other electrical goodies include Aimtech 12V outlets scattered throughout the truck – we’re talking both sides of the dash, and another smack bang in the centre, along with several others in the back.

Then there’s the Redcar 700W pure sign wave inverter, LED lighting and a Redcar BCDC25 dual battery system with a dry cell auxiliary battery to power it all up. We took the LC76 on a month’s worth of adventures in the time we had it, starting with the Toughest Tow Test. We set out from Wollongong on the New South Wales south coast before slugging it down the Hume to Melbourne, heading way across to Dargo, and zig-zagging over to iconic High Country places such as Jamieson and Mount Hotham.

To say we gave it a serious test drive is a complete understatement.

It proved to be an absolute weapon on AL-KO’s Toughest Tow Test. It towed an Avan Aliner through steep, winding switchbacks and bone-rattling corrugations like they were going out of fashion. But you know what? It did it easy!

Power wise, it’s hard to beat the low-down, stump-pulling grunt of the mighty V8. Even with a caravan in tow, this thing powered up and through those steep High Country hills like it was a leisurely Sunday drive. All that torque is available nice and low in the rev range, too. In fact, at around 2000rpm, this thing is near-on unstoppable.

Offroad, the LC76 purred like a kitten. It would idle up the trickiest of obstacles, and sound bloody spectacular doing it. It really gives you that feeling of pure, unadulterated capability. By the end of the Toughest Tow Test, we were not lacking any confidence in this rig, that’s for sure. 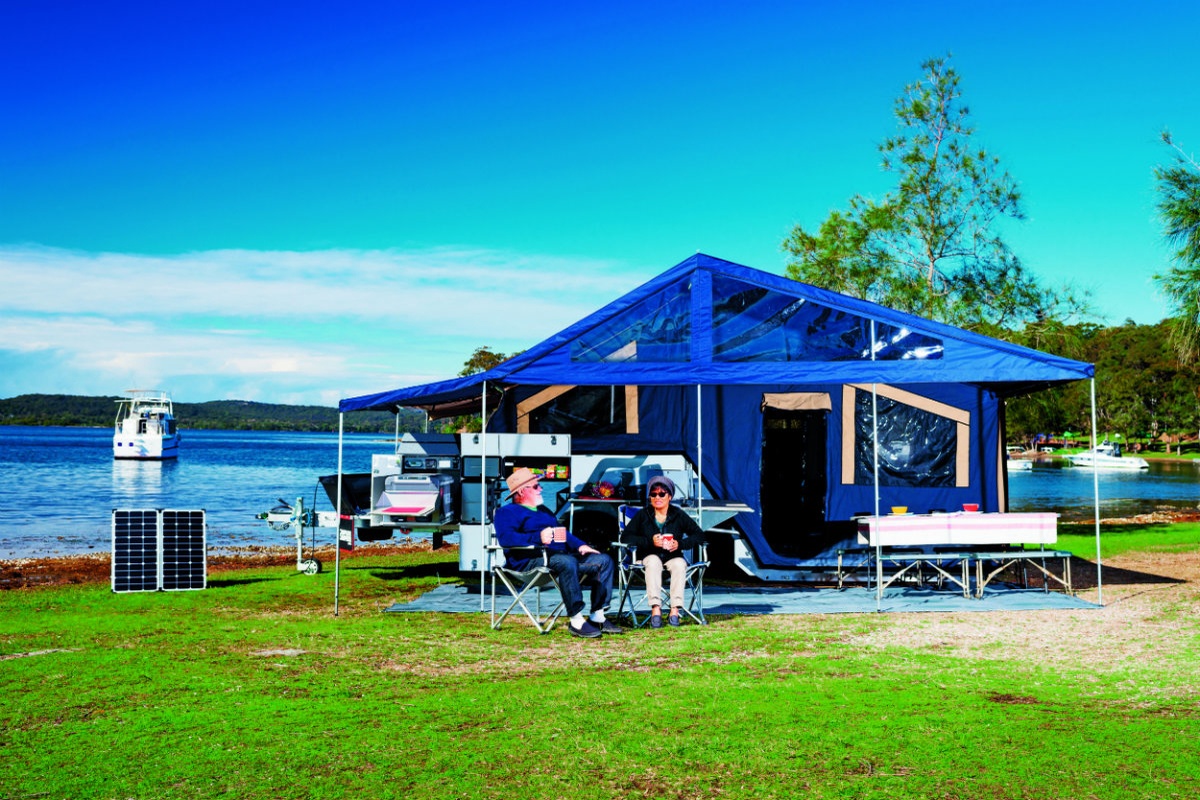 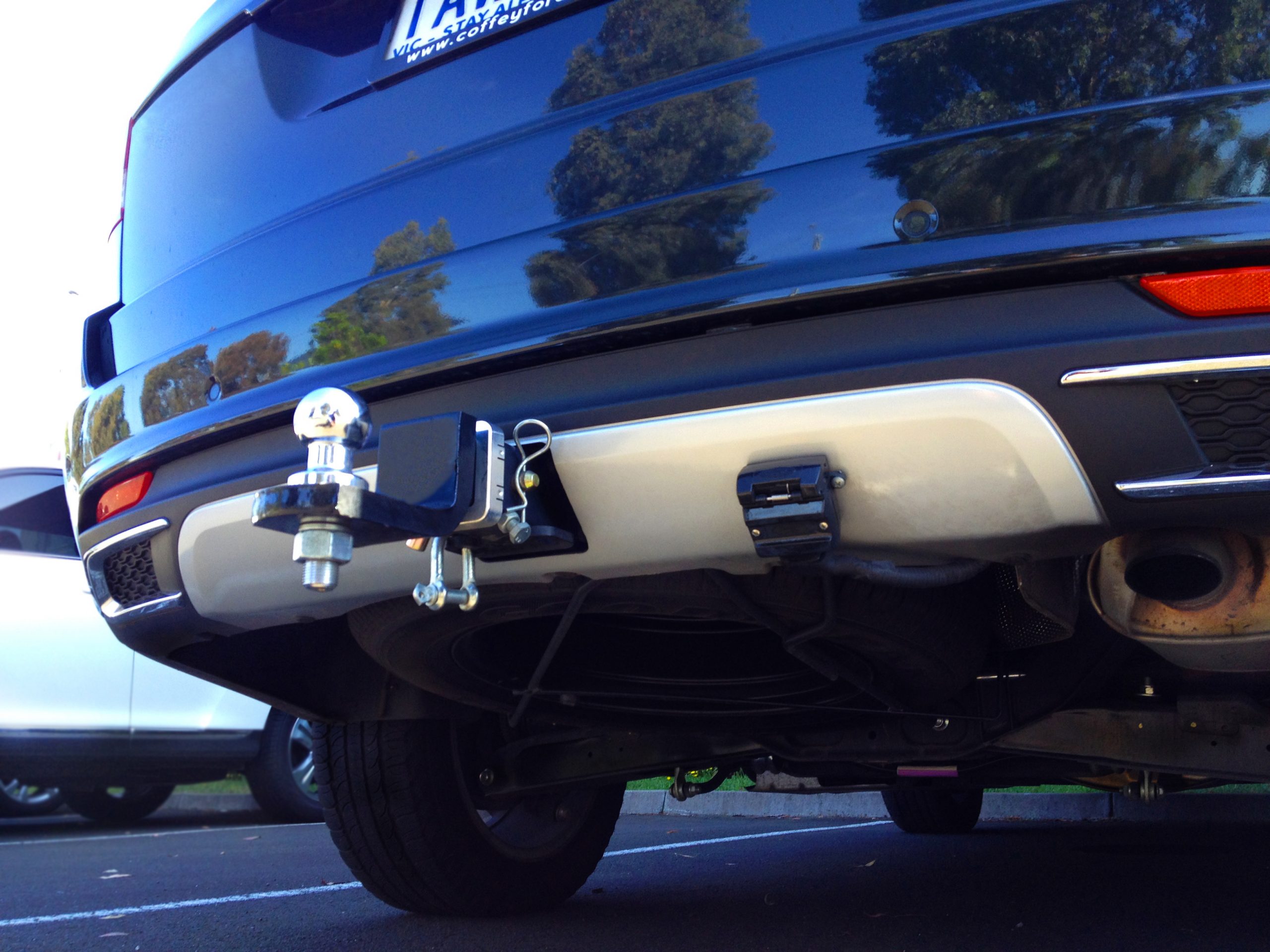 It’s A Drag: Could Your Towbar Be Wearing Out? 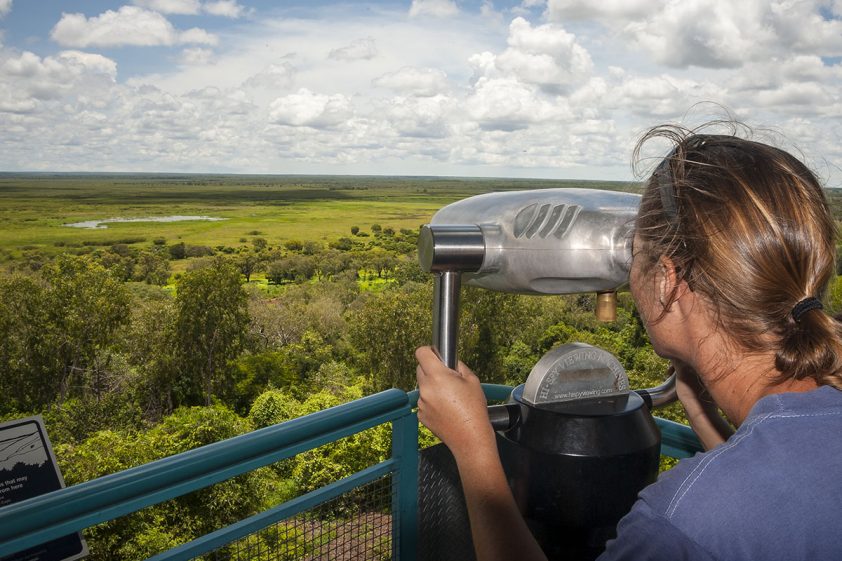