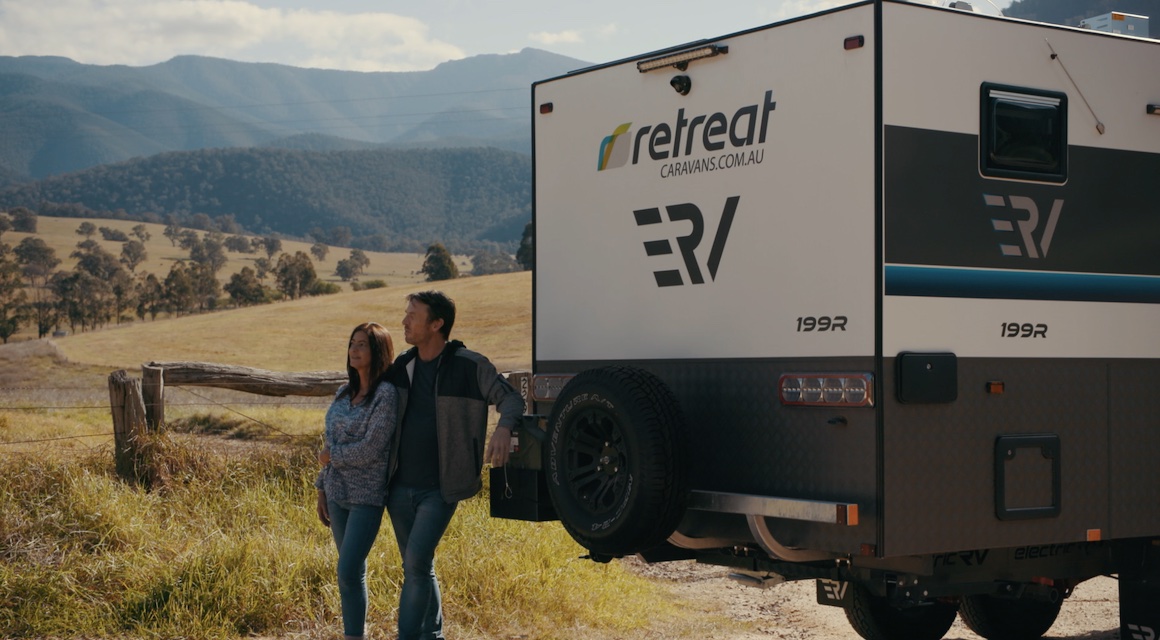 For as long as I can remember, caravans have had three main energy sources: the 240V electricity drawn from the grid; the 12V electricity stored in the van’s battery; and the gas stored in its cylinders. An additional source of energy for some appliances in some caravans, of course, is diesel.

If I told you the technology to unhook caravans permanently from mains power existed, you’d no doubt think lithium batteries. Fair enough. But what if I also told you that there was a revolution brewing? This revolution will not only see caravans decouple from the national grid but gas cylinders, too.

The ERV, built by Retreat Caravans, is the first caravan in Australia to adopt technology that makes its owner completely energy-independent; that is, to kiss fossil fuels goodbye without compromising the comforts and conveniences we all expect. 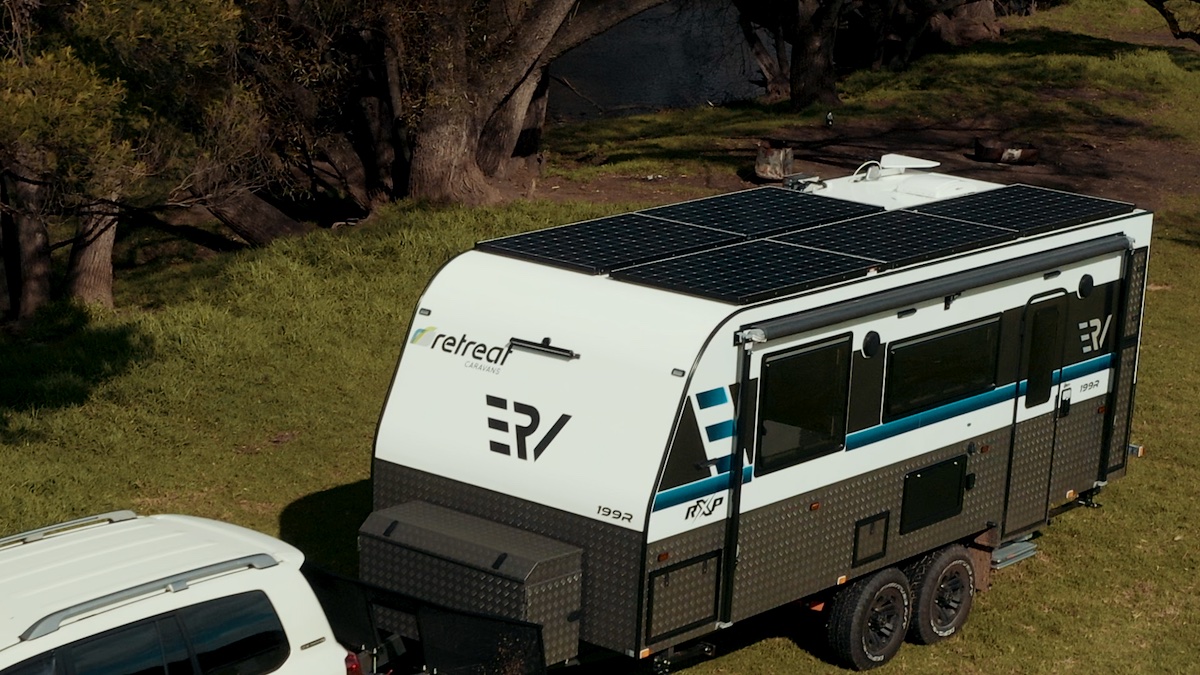 At the heart of every Retreat ERV lays a 14.3kWh automotive-grade lithium battery, designed, engineered and manufactured in Australia by OzXcorp, a company doing for caravans what Tesla did for cars. The result is the ability to power all needs, wants and appliances in a caravan via the state-of-the-art battery alone. The applications of the technology are staggering.

The 14.3kWh battery is integrated into the ERV’s chassis. It is mounted between the cross-members and protected by a steel casing that includes a 50mm crush resistance zone. As first glance, you might mistake it for a water tank. The battery is IP67, which means it is completely dust-proof and water-proof to a depth of 1m for at least 30 minutes.

While the Retreat ERV can be plugged into mains power in order to recharge the battery, it’s unlikely to ever be truly necessary. You see, almost every square inch of available space on the van’s roof is covered by solar panels, with the TV antenna and a couple other items strategically offset to the rear offside of the roof in order to maximise the available space for solar. In total, there’s 2000W worth of solar panels up there (and up to 2400W on the ERV 226R). 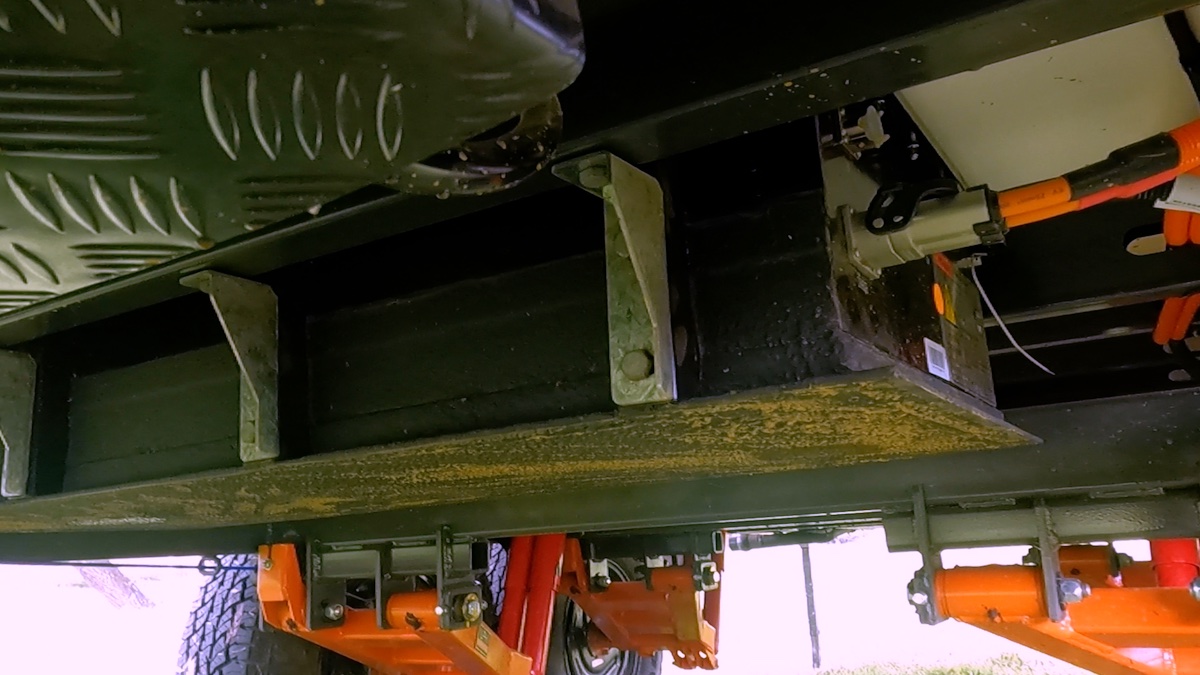 Inside, you’ll find a 274L compressor fridge and – most impressively – a full electrical induction cooktop, griller and electric oven. That’s right: no gas is required to cook your meals. What’s more, the inverter and battery have enough grunt to run the cooktop and oven, the fridge, a kettle, a toaster, the 28L electric hot water service, a hairdryer and even the reverse-cycle air-conditioner simultaneously. The air-con unit is mounted under the bed. Retreat intentionally chose the Truma Saphir under-bed unit, rather than a roof-mounted air-con, in order to free-up roof space for solar.

The all-electric theme continues outside the van. Retreat has fitted a Weber Pulse barbecue to a slide-out tray at the nearside-front, out from under the awning. The Pulse operates on electricity, rather than gas, and it’s just a case of flicking a switch inside the tunnel where the barbecue lives, and then turning the temperature dial on the barbecue.

If the thought of being sustained entirely by free, renewable energy when caravanning doesn’t impress you, or you otherwise remain skeptical about this technology, here’s another benefit: having no gas appliances means there’s no need for vents. No vents means no dust – the bane of the caravanner’s life. 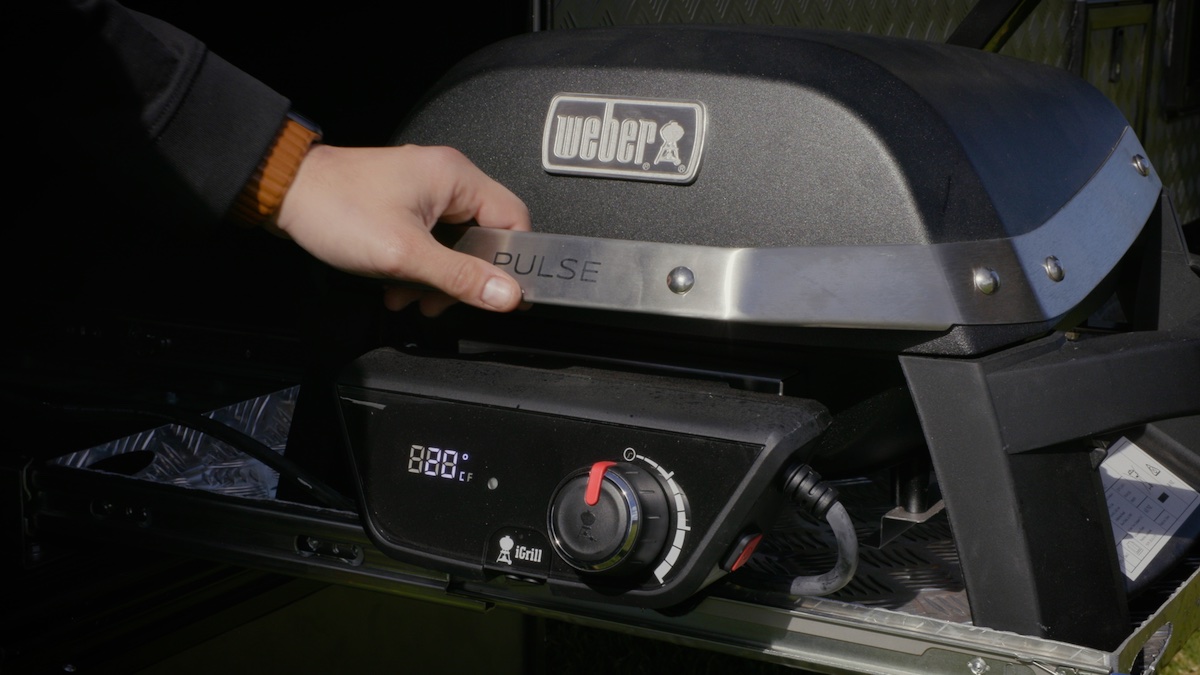 The ERV 199R (shown in the pictures) is designed to be a true offgrid, offroad caravan. It rides on independent suspension rated to 4.4 tonnes, with 16in wheels, 12in electric brakes, and a DO35 offroad coupling.

It is available in four different layouts. The 199R has a forward bed, amidships kitchen and dinette, and a rear ensuite. The 210R-CL retains the layout of the 199R; however, it’s slightly longer. The ERV is also available in a bunk layout (the 219B SE) and a rear club lounge/split bathroom layout (the 226R, the biggest van in the range).

The ERV has been in development for a few years – Retreat has worked closely with OzXcorp during this time to integrate the battery technology – and it’s available now through Retreat’s dealers around the country. 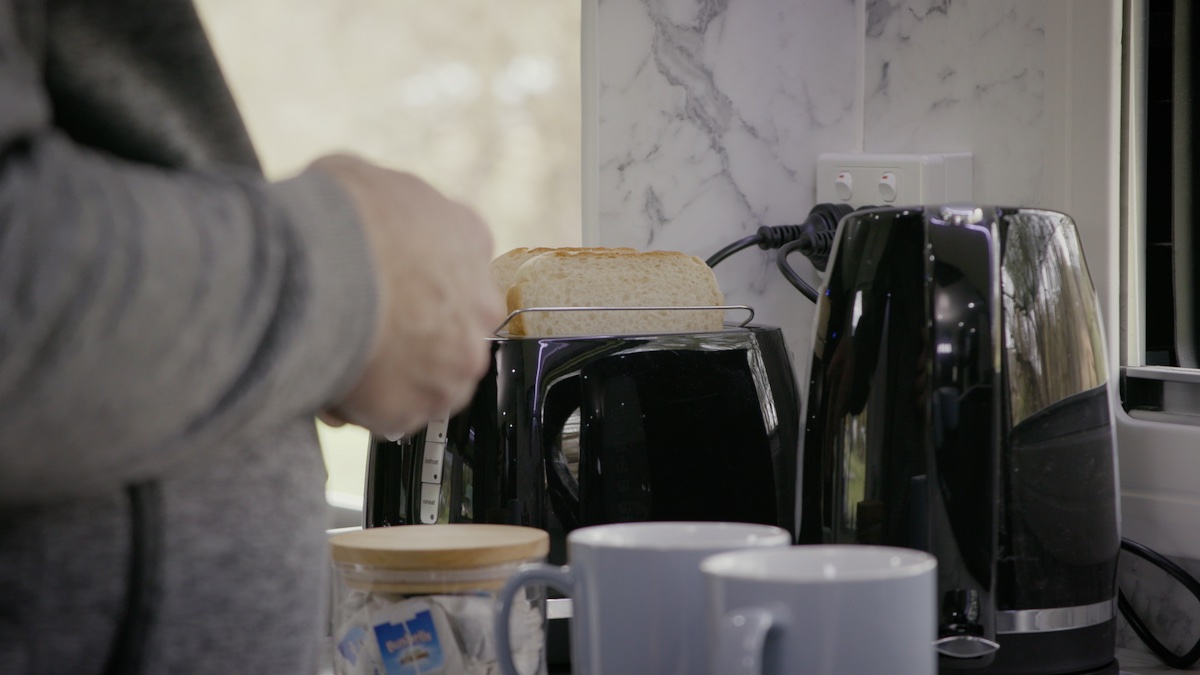 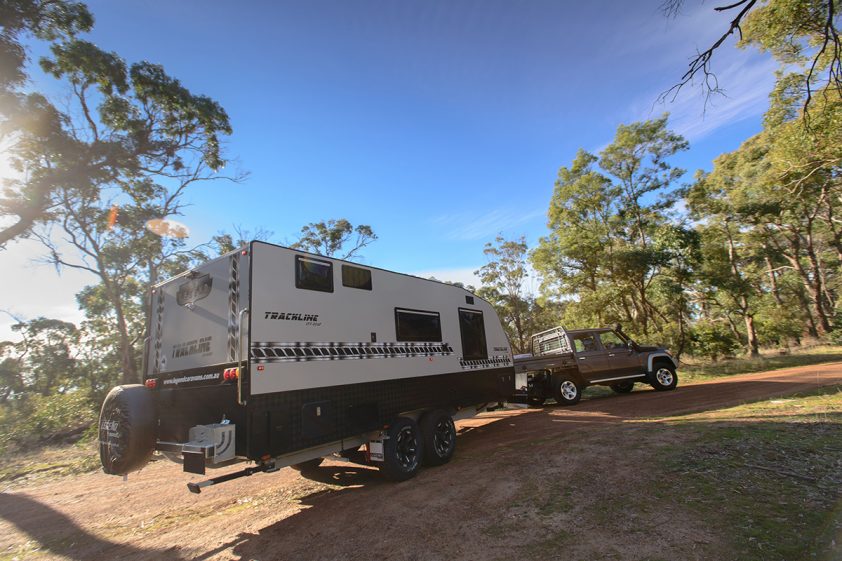 Ask The Expert: How Can I Finance My New Caravan Or Camper? 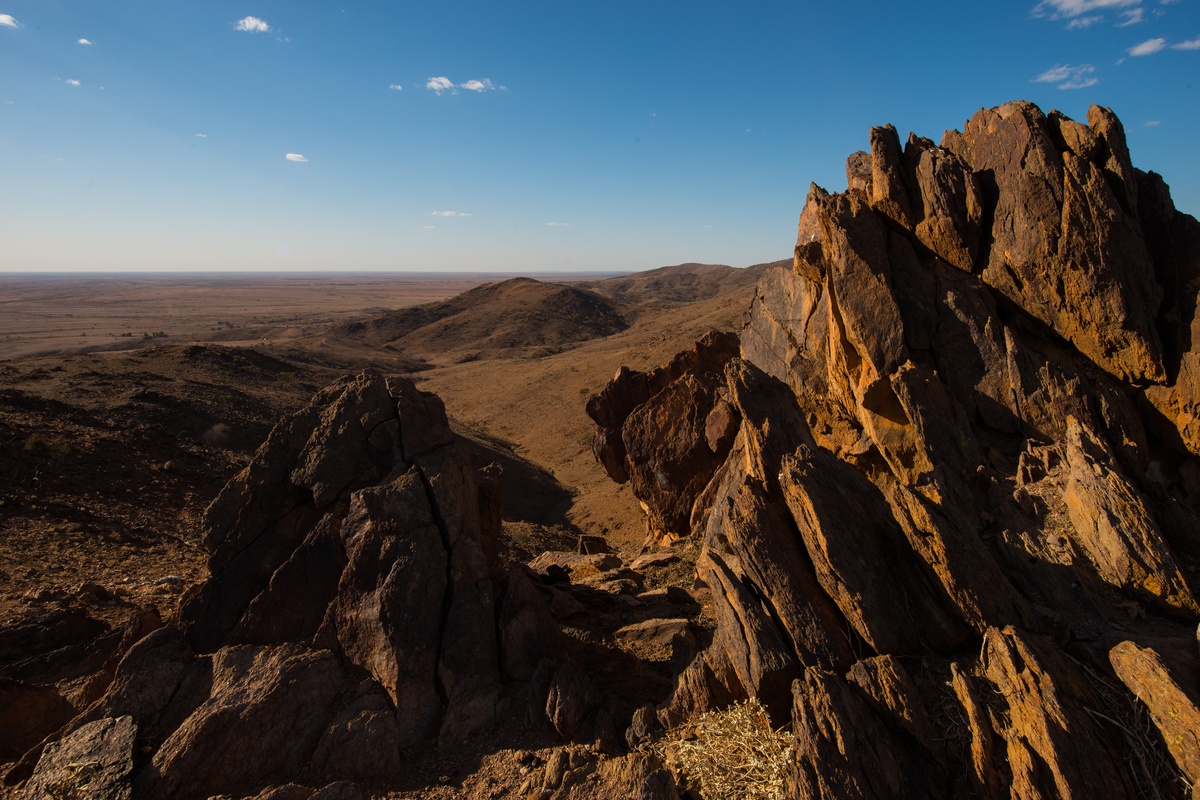