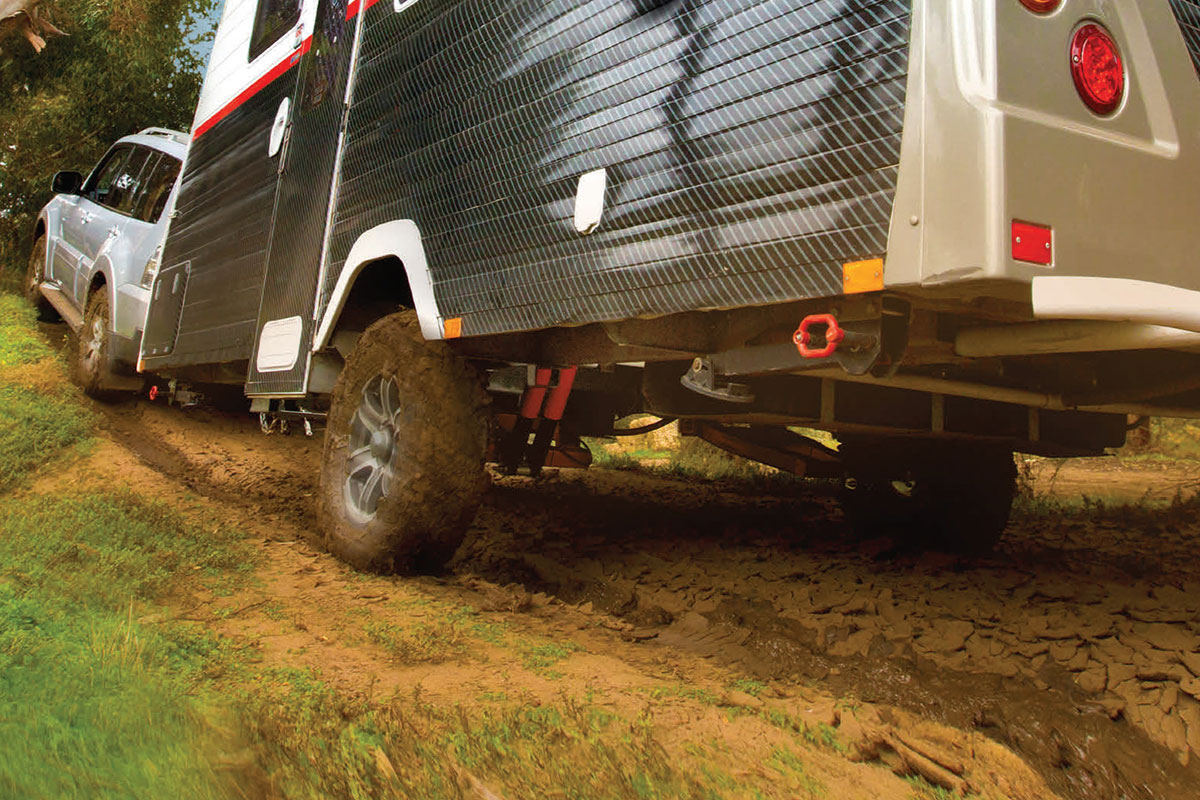 For many people towing a trailer of any kind – whether it be a caravan, camper trailer, boat or merely a weekend hauler to take junk to the tip – the suspension that’s under that load behind them is nothing more than a conglomeration of springs, shock absorbers, bolts and bars and does the job of separating the wheels from the rest of the package. But is it really as simple as that?

Well, no, and having a basic understanding of your trailer’s suspension, what it does and how it does it is a useful step towards appreciating the need to maintain and care for it. Essentially a suspension system is designed to connect the wheels and brakes to the body of the trailer and to absorb the worst of the physical blows imposed by the road surface. It must also absorb noise while maintaining the handling of the trailer behind the vehicle.

A core component of any suspension system is a spring. This has traditionally been a set of tempered metal leaves bound into a group or a coil spring fixed between the axle unit or an attached arm and the trailer’s chassis, but the advent of air bags and rubber elements as torsional members in a cross-trailer system has opened the game even further. Leaf springs continue to be manufactured in large numbers and despite having been around for over a century still do an excellent job of absorbing the blows from the rough surface of the road. Light trailers, such as those used to carry waste to the tip, often use what are termed ‘slipper springs’, where the front of the spring set is anchored to a pivot point and the rear of the main leaf slides against the chassis inside a metal box. These are both light and cheap and easy to install but have limits and are not recommended for heavy use.

For heavier duty purposes leaf springs are generally located by bolts through the eyes of the main leaf at either end, with the rear attached to a pivoting shackle that is itself attached to the chassis. These attachment points can be either simple bolts through a bushing manufactured from some durable material such as nylon, or a greasable pin. The latter has advantages in offering a softer ride but requires regular maintenance and lubrication, especially where used in dusty or wet environment, such as the outback.

Despite their venerable history leaf springs do a pretty good job, and any trailer fitted with them can generally be regarded as being well equipped. However, they do suffer from changing wheel camber as either side of the axle rises and falls as the wheels pass through their arc of travel and any change in geometry on one side of the trailer does impact the geometry on the other because of the interconnecting axle, leading to bump steer issues. In recent years there has been a strong movement, especially under higher end caravans and camper trailers, to install coil springs on independent trailing arms, such as AL-KO’s new Enduro Cross Country and Outback systems. As time has gone on trailing arm independent suspensions have actually been trickling down to trailers ever lower in their purchase price. In this system there is no transfer of impacts from one side of the trailer to the other, the wheels remain vertical throughout their travel and there is a greater range of movement available. For those traveling offroad the lack of a cross-vehicle axle beam can also provide ground clearance advantages. A variation on the basic trailing arm set-up, in which spring load is born by a metal coil, has been the air ride suspension, with the load being born by a pressurised rubber bag. This permits a range of advantages for the user, from control of ride height and stiffness over varying terrain, to levelling options when parked – a very handy item for those in caravans or camper trailers. Air ride suspended trailers are said to “glide” over the roughest tracks, but having the capacity to modify the ride or height does require an on-board supply of air, either from a cylinder or an air compressor. AL-KO’s Independent Rubber Suspension (IRS) has offered a whole new range of options for those seeking light weight and simplicity in their trailer suspensions, with the manufacturers of a number of lighter caravans now adopting it. This has three rubber elements fitted within a hexagonal tube which runs across the trailer. It is a complete bolt-on system which requires no later adjustment, it is self-damping so does not require shock absorbers (though these can be installed to assist in control and handling) and thus can enable complete control over the built height of the trailer.

Making choices over suspension can require the wise advice of experts, so discussing your options with someone such as the team at AL-KO is a smart move before you invest your hard-earned money. 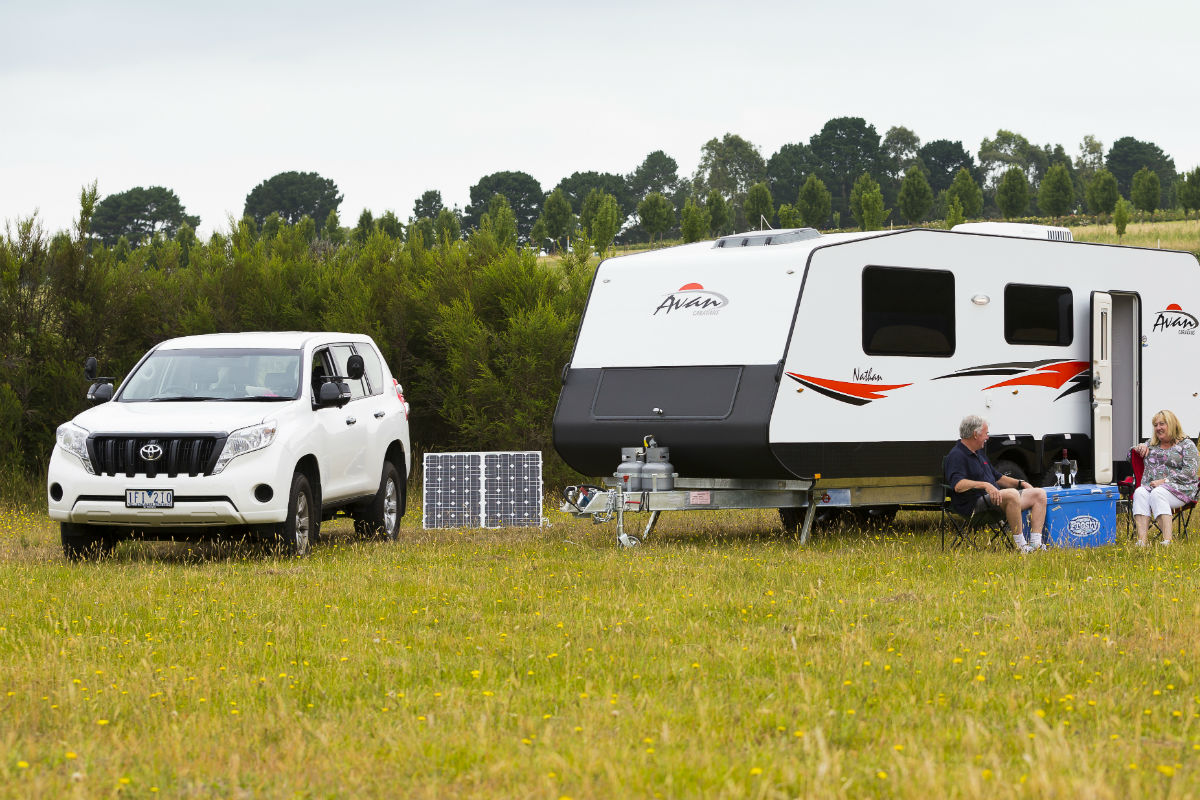 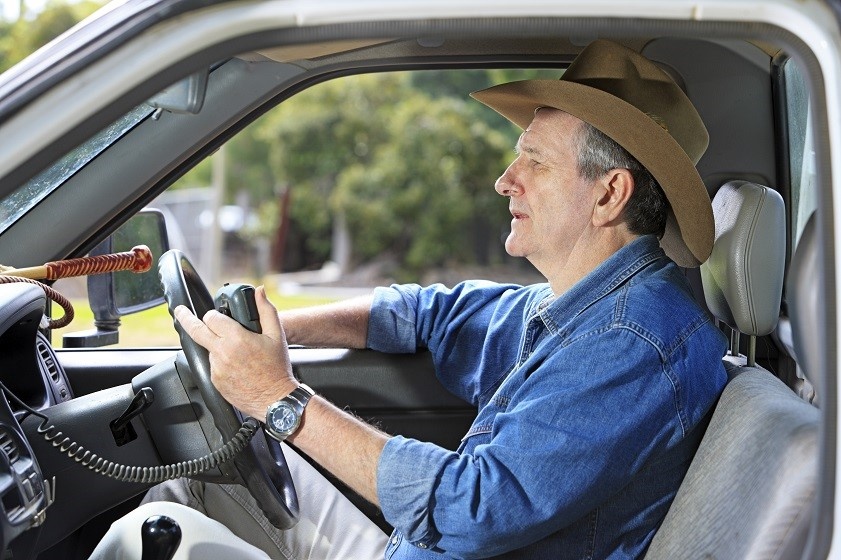 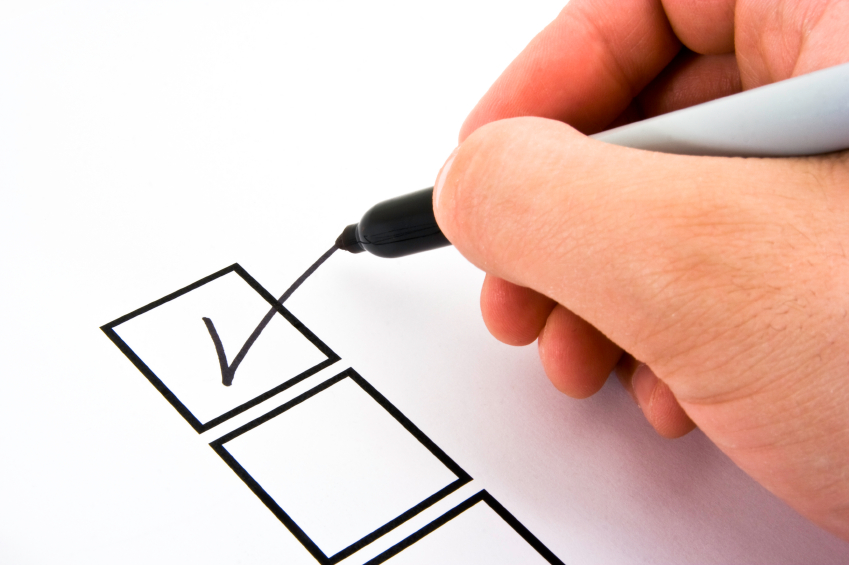