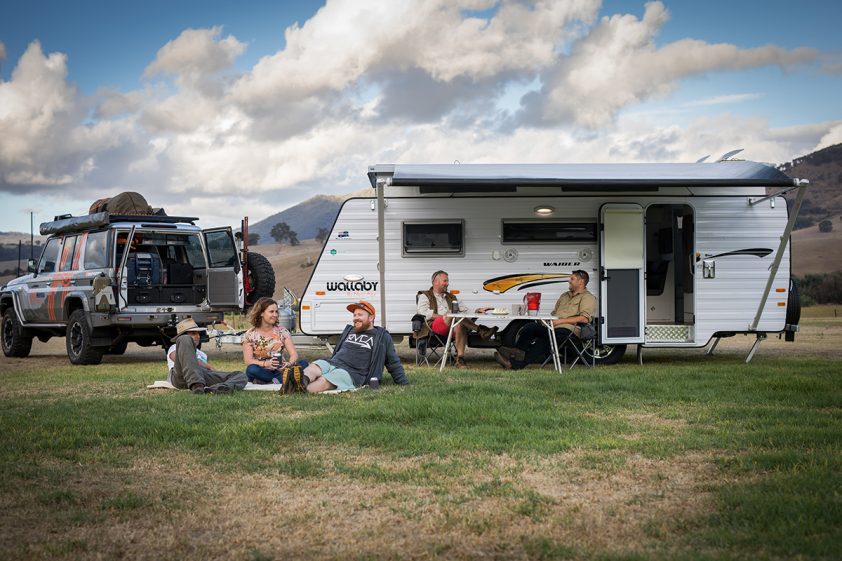 The aim of the Toughest Tow Test was to push caravans fitted with AL-KO’s gear beyond what most caravanners would expect them to do, and the New Age Wallaby 18ER caravan, fitted with on-road AL-KO running gear, was genuinely hauled from pillar to post during this expedition.

The trip along the Monash Freeway (M1) out of Melbourne was as sedate as expected, until we hit the turn-off for Dargo, where we encountered an undulating 72km journey to our meeting point at the Dargo River Inn. Fortunately, with the Wallaby firmly under my control behind the tow rig and AL-KO’s ESC on duty, my eyes could stayed glued to the twisting tarmac. The Wallaby was fitted with AL-KO seven-leaf Roller Rocker suspension, and I was amazed how it handled the harsh terrain served up to it during the TTT. While suitable for rougher terrain, it doesn’t have the same clearance or suspension travel as independent trailing arm systems, like AL-KO Enduro Cross Country which is an option on this van.

The Wallaby behaved perfectly and did everything we asked of it over this journey. You’d you expect that from an offroader – but this surefooted on-road Wallaby never put a foot wrong as far as I’m concerned. Our real tour of duty really started the next morning when our convoy of four vehicles and two vans took off through Dargo and its surrounds to put the on-road vans to the test.

I’ve spent most of my favourite free-camping holidays in Victoria’s High Country, so I was on familiar turf, but the two-berth pop-top Wallaby was in foreign territory. And that rendered the it’s performance along the dusty corrugated roads, rolling countryside and steep terrain all the more impressive. We had the the Tare 2390kg Wallaby hitched to a Toyota’s LC79 Series with 3500kg braked towing capacity, so the van was not an issue for the tow tug.

The action became even hotter the following day, as we fastened our seatbelts for the bumpy ride from Licola to Jamieson. This was the true litmus test of the AL-KO running gear and, as far as we were all concerned, it all passed with flying colours.

It made a ‘Wallaby Stew’ of a 93km stretch of winding turns and steep inclines on the narrow unsealed road into Jamieson. And it further showed it was one tough mudder from an on-roader perspective.

This was rugged escarpment country, with wide open grasslands and magnificent panoramic views along the spine of the Victorian Alps, and the Wallaby handled the conditions keenly.

The following morning we headed for Mansfield – with a couple of detours into the steep valley that is home to some old mountainous settlements.

Victoria’s High Country is revered as one of Australia’s ultimate 4WD destinations. And true to form, the AL-KO Toughest Tow Test meted out some punishment to the on-road New Age Wallaby. But here was an on-road van with AL-KO running gear, giving as good as it got. At the end of its tour of duty, I could honestly say the AL-KO running gear had been taken well out of its comfort zone and proved a deft performer, capable of taking on more than the odd national park dirt road to the campsite.

I estimated that the Wallaby covered close to 1000km during the AL-KO Toughest Tow Test, including the highway runs from, and back to, the city.

And apart from the dislodgement of one drawer in the kitchen, all the internal fittings were completely intact, which says a lot for the leaf spring suspension and the ride it creates.

And there was plenty of shake, rattle and roll – particularly in the rough-and-tumble section from Licola to Jamieson. 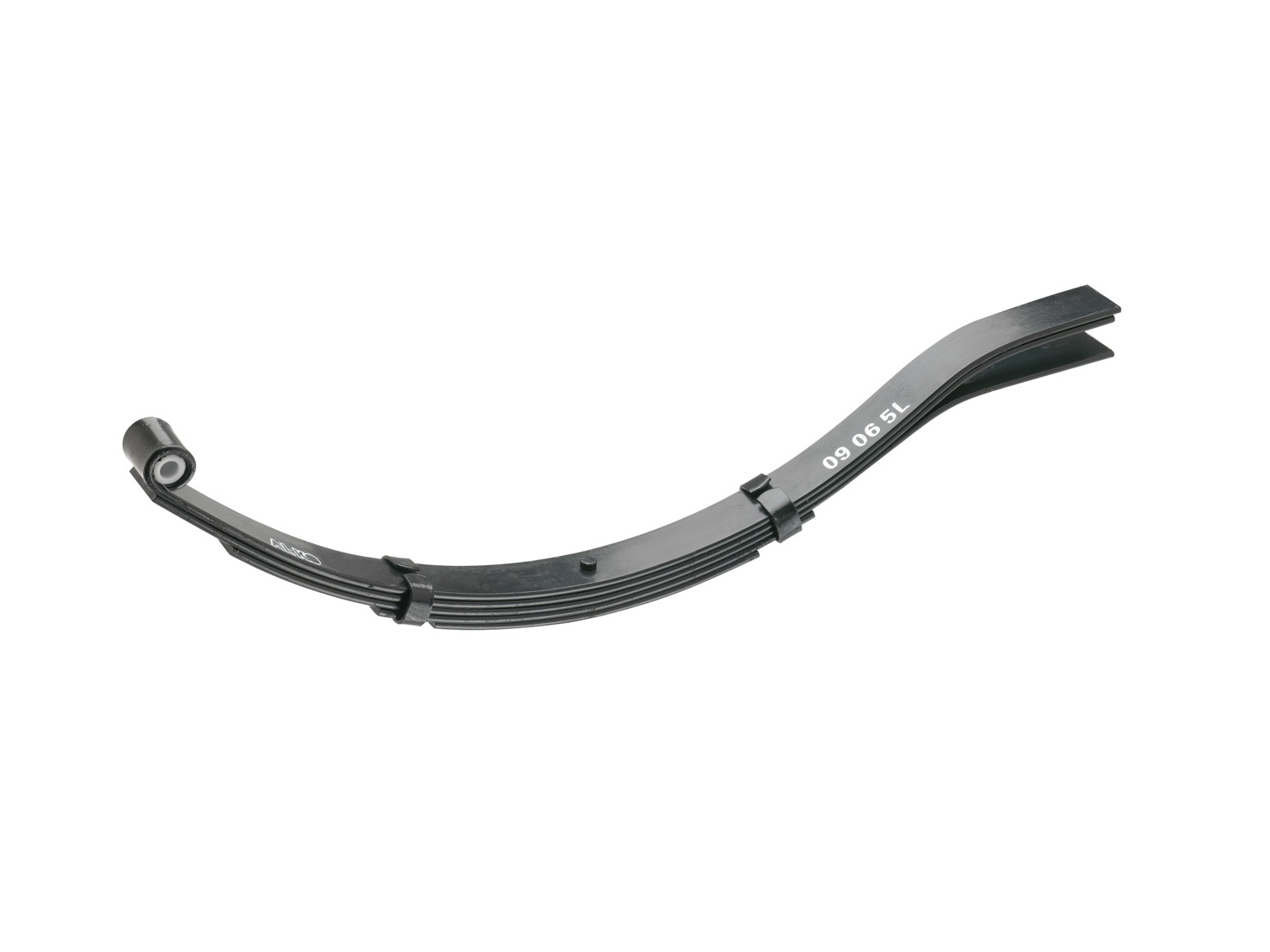 Shackle or Slipper: The Layman’s Guide to Trailer Springs 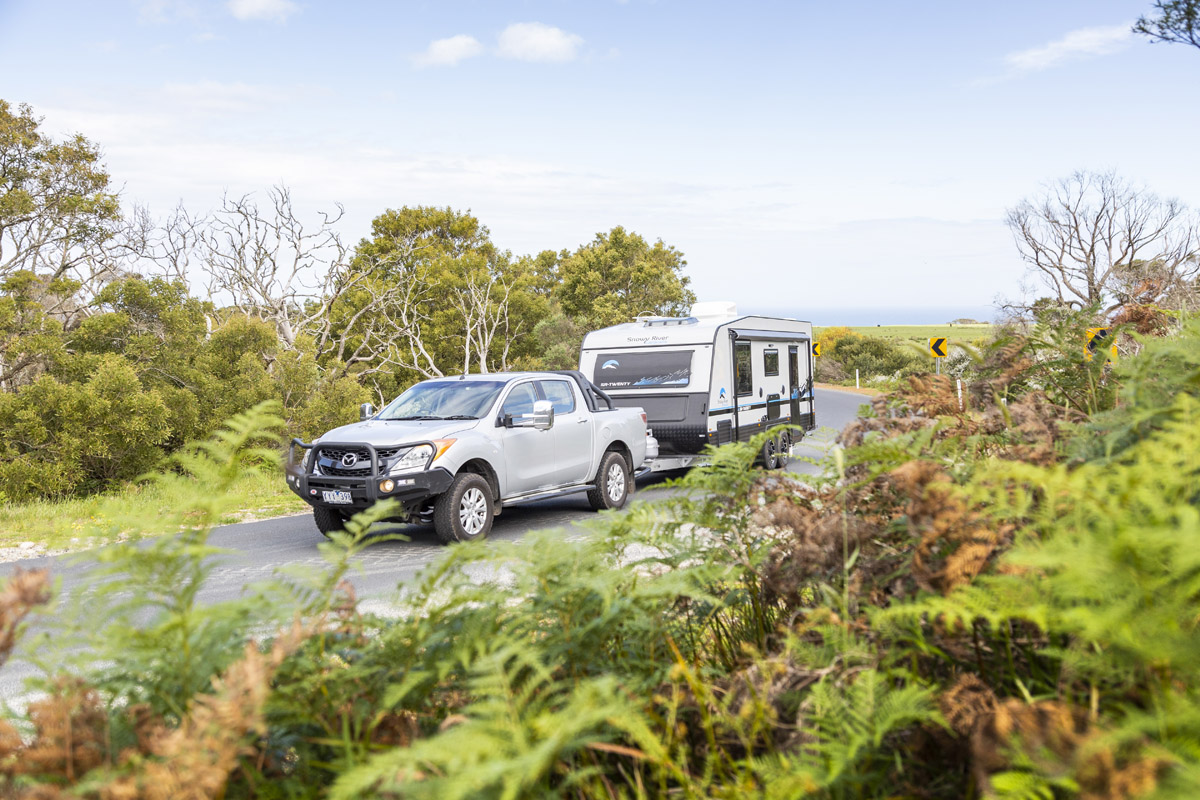 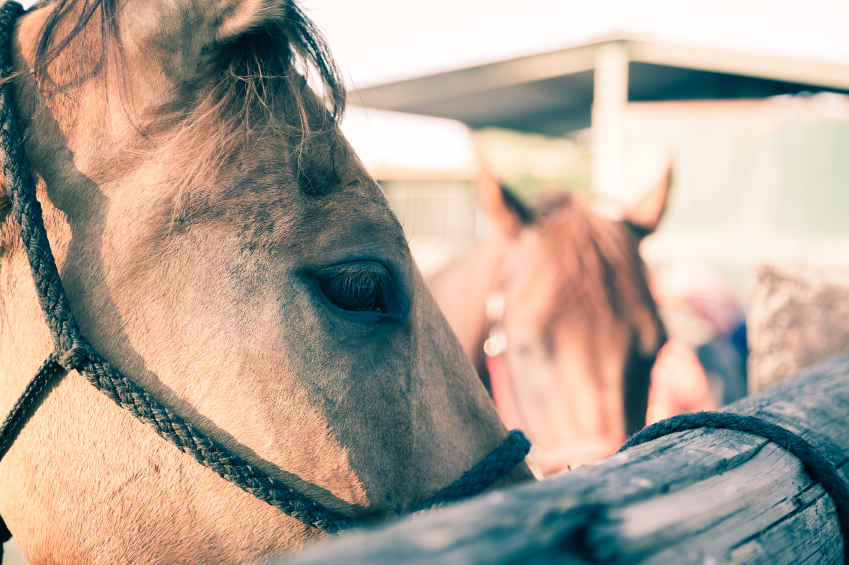 A Guide to Buying A Horse Float