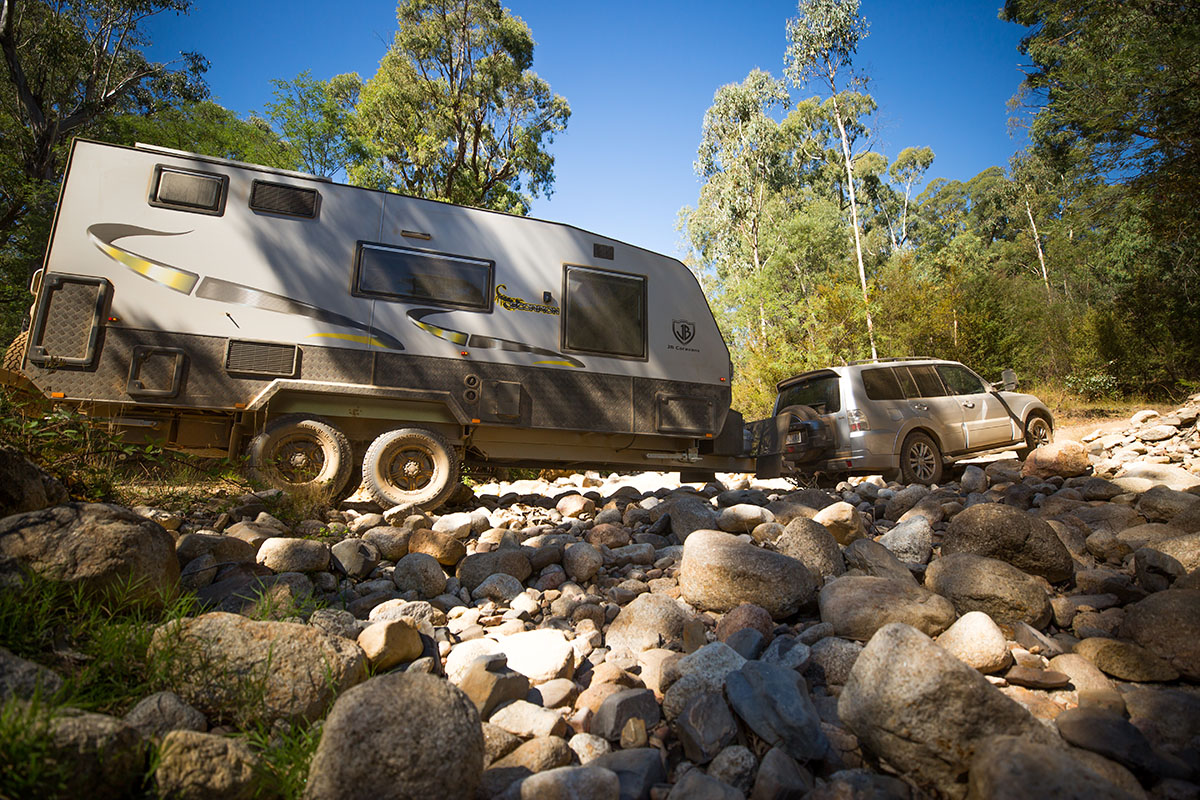 There’s something exciting about hitching up the caravan and tackling the unknown. Each to their own, but I’d say the very thought of a magical outback sunset or a bird’s-eye view of some of the best vistas in the country are enough to get most travellers in a fluster. To get to these incredible spots, though, you need a tough and reliable setup, and not many of us want to settle for second best in terms of comfort either. That’s where the JB Caravan Scorpion really comes into its own.

In fact, it was one of the select few caravans we hand-picked to join us on AL-KO’s Toughest Tow Test. Why? Well, let’s just say I didn’t want to be fixing things on the side of the tracks at all hours of the morning, and I damn sure wanted one of the most comfortable full offroad caravans on the market! Because, at the end of the day – well, every day, in fact – the Toughest Tow Test was going to be a baptism by fire for any caravan, so it had to be able to handle a real-world torture test through the best, and worst, of the High Country. The heart of a good offroad caravan lies in the quality of the main chassis platform and its suspension. The Scorpion sits on a purpose-built 3.2mm-thick zinc galvanised Australian tube steel made in-house and it proved rock solid during our week of testing.

But it doesn’t stop there; the van was also fitted with AL-KO’s Enduro Outback suspension, which we were tasked with putting through its paces during our test trip. How’d it perform? Well, let’s just say your typical 4WD will probably find its limits well before the van’s suspension does! Fixed underneath this offroad Scorpion, it performed like a Hollywood actor in the race for an Oscar. It soaked up the harsh corrugations that we seemed drawn to like a sponge, and took to some of the trickier water crossings we tackled like a flock of adolescent ducks in their prime.

Couple the Enduro Outback suspension with AL-KO’s Electronic Stability Control system and you’d have to have one of the best behaved vans in the country, both on the road and off it!

But the Scorpion’s ground clearance is plentiful, too, which certainly helped its offroad ability. In fact, we took on everything from rocky creek beds to ridiculous ruts and I can safely say that a lack of ground clearance was never an issue. The undercarriage is also pretty well protected, too, with nothing hanging low to get snagged on.

The Scorpion is set up to be a great free camping caravan. Two 9kg gas cylinders will keep the stove burning till the cows come home but, for me, the big winner here is the two 150W solar panels mounted to the roof. That’s right, there’s 300W of clean, free power there to charge the twin deep-cycle batteries up effortlessly. This system worked well during our week in the scrub; having the fridge, lighting and TV running during the night only sucked a bit of power out of the batteries while it was pitch black, but the batteries were charged back up within a few short hours each day and ready to keep powering the whole van.
There’s also enough water on board to house a dolphin if you want, or close to it anyway. That’s thanks to twin 95L water tanks for general duties, and another 65L fresh water tank to be used for dedicated drinking water. 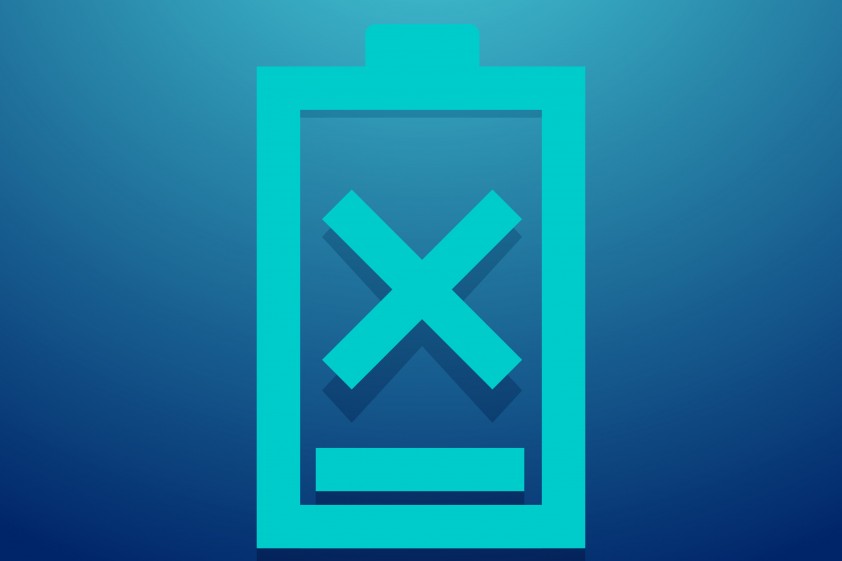 How To Avoid Caravan Battery Drain 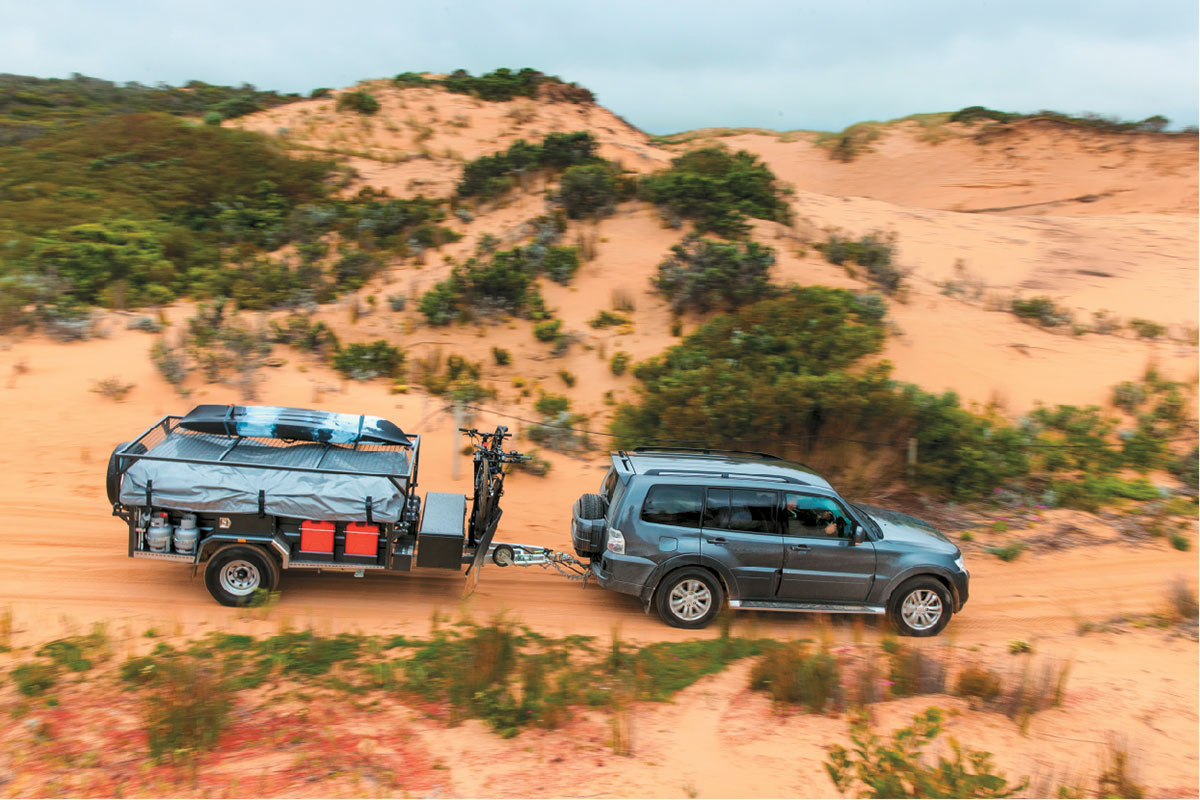 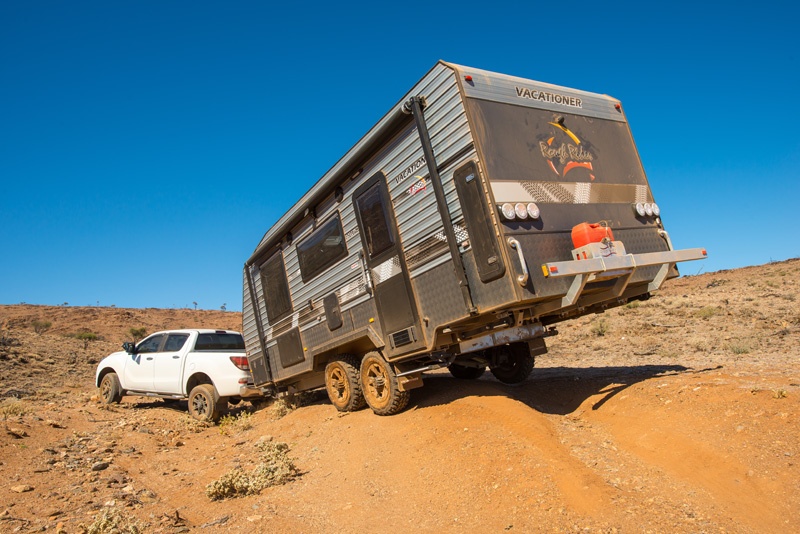