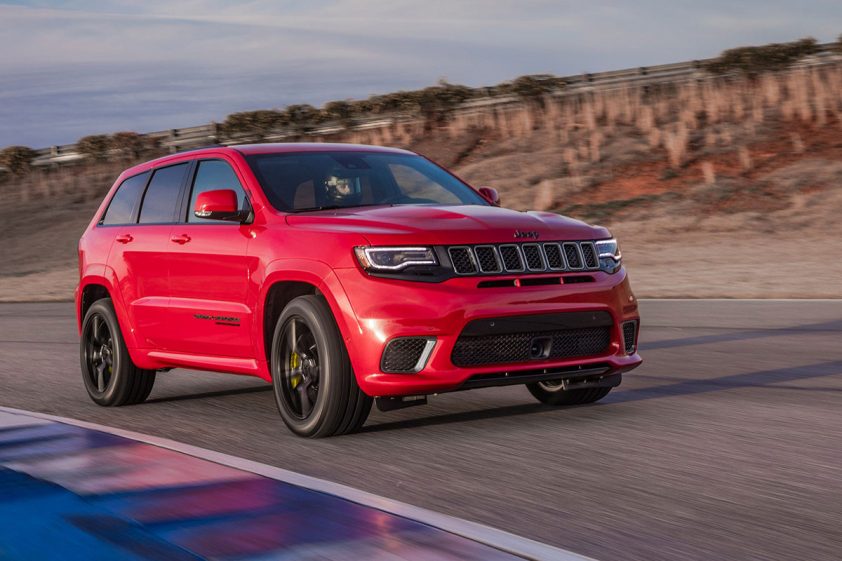 Selecting a tow tug was a relatively simple affair around two decades ago: look for the biggest engine you could find, the beefiest chassis on the lot, then pick the one with a Toyota badge on the front. Simple stuff, for simple times. Things are a little more complicated these days, but it’s a very positive thing. Think of it like a billionaire trying to decide what colour Bentley they should drive today and you’re close to the money.

In an attempt to steal sales from each other, most of the big manufacturers strive to release new models or updates within a year or two of each other before kicking on for a five-year life cycle. For us punters that means every few years the market is inundated with new technology, new safety features, and new anti-pollution gear keeping campsites a little more pristine. The last year or two has seen one of the biggest changes of the tow tug landscape in decades. Established players on the out, new players on the in, and gadgets and gizmos like you’d never believe.

The current crop of top notch tow tugs can do everything from matching speed of the slow-moving truck in front to steering a fully-loaded van backwards into a spot with the turn of a dial. So which workhorse is right for you? Well that’s something only you can decide, but here’s our pick for the top six tow tugs of 2017. Let’s get one thing right from the start. If you’re heading off into the sunset and never planning on coming back the RAM 2500 is almost unrivalled. If you can afford one, you should buy one. But what is it that sees it constantly taking that No. 1 spot in a field of so many qualified competitors? Sure, the base vehicle is an absolute beast. It sports a 6.7L straight-six turbodiesel with over 1000Nm of torque from barely above idle. It also boasts a bona fide exhaust brake for steep downhill descents, a dedicated tow mode that remaps transmission shift points as well as a towing capacity a bag of concrete shy of 7000kg.

But what really kicks the RAM over the line is factory backing. The 2500 is imported and right-hook-converted by Sydney-based Ateco Group in partnership with American manufacturer Ram Trucks. It means the fit and finish is almost factory fresh with a heap of Australian manufactured parts going into the conversion. It also means the RAM 2500 typically punches in a full $10,000 cheaper than other American full-sized competitors. Expect to pay $140,000 for a new offering, although with fuel consumption as low as 13.5L/100km towing 3000kg trailer in our testing it’s a bargain. The Jeep Grand Cherokee is perhaps one of the most overlooked tow vehicles and represents serious bang-for-buck. Where some tow tugs are a take-it-or-leave-it kind of affair the Grand Cherokee is available in a whole host of different options, from 4×2 to 4×4, V6 petrols, V6 diesels, and even a grin-inducing 6.4L V8 Hemi you’re able to get whatever powertrain suits your needs. The cheapest spec 4×2 V6 petrol Laredo has a modest 1600kg braked towing capacity although can be picked up as cheap as $46,500 driveaway, while towing capacity bumps up to 2949kg for the $100,000 6.4L 4×4 Hemi version. The 570Nm V6 diesels will be the pick of the bunch though with a 3500kg tow rating across the board.

The tech across the range is in a realm of its own. There’s standard safety features like trailer sway control, blind spot monitoring and brake assist, but that’s not the whole picture. Come to a rest and the Grand Cherokee automatically lowers the airbag suspension to its lowest height to make entry and exit easier. Turn the ignition off and the driver’s seat rolls back as the steering wheel tilts up to make things easier again. Factor that in with a customisable digital dash and huge 8.4in screen and it’s pretty clear the Grand Cherokee is one of the most user-friendly tech-savvy 4x4s you can buy. Since the introduction of the current generation D-MAX, Isuzu has earned a reputation for tough, no-nonsense 4x4s with enough grunt to tow anything you can legally hook to the back of them. The recently updated MU-X with its ‘pumped-up’ design is no different. Based on the award-winning D-MAX, the MU-X picks up a full seven-seat capacity as well as a coil spring rear end. Inside is largely unchanged sans air vents and A/C controls for back seat passengers and that’s a definite win as the D-MAX it’s based on is tough but functional.

Despite having a relatively conservative 3000kg tow capacity the GCM of 5750kg means you can load the wagon to the hilt and still tow the full rated capacity. Isuzu’s renowned 4JJ1 3.0L turbodiesel donk remained for the facelift but now breathes cleaner thanks to a Diesel Particulate Filter helping cut down emissions. Our testing returned sub 12L/100km figures with a 1400kg load on the back, and at the mid-$50,000 mark the MU-X represents great value for money. While the Jeep Grand Cherokee is packed full of user-specific vehicle tech, the newly released fifth-generation Discovery (they don’t like you calling it Discovery 5) is the Swiss army knife of tow vehicles. Only the second full redesign in the Discovery’s life, the new model changes to an all-aluminium body which helps drop weight by almost half a tonne, resulting in better performance and lower fuel consumption. All the other specs are improved too, like a 900mm wading depth and increased ground clearance, but the big selling point is what’s inside.

The air suspension is now able to be controlled specifically in the rear helping counter heavy towball loads. As you’re hitching up the van Land Rover’s Hitch Assist system will zoom in on the hitch and give you a projected path to get it lined up. From here you can activate the Trailer Light Test, which will cycle through all the trailers lights allowing you to check without the help of a second person. Finally, when you’re at the other end of your trip activate Tow Assist. A small dial will pop up out of the centre console and with trajectory markings on the screen will allow you to twist the dial to put the van exactly where you want it. It takes a lot of the brain work out of typical steering wheel inputs making reversing a cinch for even first-timers.

Of course, tech doesn’t come cheap. Expect to pay upwards of $120,000 depending on trim level and options. The VW Amarok has had mixed receptions and results entering the Aussie market. On one hand it was the first fair-dinkum up-market ute you could buy, boasted the biggest dimensions of its class, and a tray that’d swallow a standard pallet. On the other hand the 2.0L twin-turbo diesel-four-cylinder was horrendously underpowered, and as the kilometres clocked up proved to be as unreliable as Melbourne’s weather.

The solution, according to VW, was to put a stonking-fast V6 diesel under the bonnet instead. The 3000kg tow rating still stands, but towing power has jumped from a modest 420Nm to a huge 550Nm. It’s missing the brilliant adaptive cruise control from some competitors but more than makes up for it with a full-time 4×4 system and a host of towing specific features like trailer sway control and four-wheel disc brakes. Time will tell if the new V6 Amarok has solved the reliability concerns of older models, but for now it’s hands down one of the most comfortable, and certainly the most powerful tow tug in its class. Expect to spend between $55K-$75K depending on how fancy you want the interior. Whenever you’re looking at the top tow tugs on the market the list generally ends up being filled out with diesel 4x4s. It makes sense; they’ve got decent towing capacity, reasonable fuel consumption, and enough weight to muscle around most vans. But they’re often as exciting as a bowl of custard, especially once the van is unhitched. If you’re after a little excitement in your life but still need to move around your home-away-from-home regularly get your backside down to your local Holden dealership. The outgoing VFII Sportswagon is the last great Aussie wagon, and with the 6.2L V8 nestled between the strut towers won’t leave you wanting for overtaking power. Sure, you lose the offroad-ability of the 4×4 crowd, and will no doubt chew a little more fuel than you’d otherwise like, but with time quickly passing to pick one up brand new the SS Sportswagon is more a case of do it then ask for forgiveness.

Towing capacity ranges from a featherweight 1600kg through to a more respectable 2100kg depending on the exact year model and engine combination you opt for, with prices varying just as wildly. Expect to pay north of $60,000 for a brand spanker, while older V6 models can be picked up for as little as $16,000 second-hand. 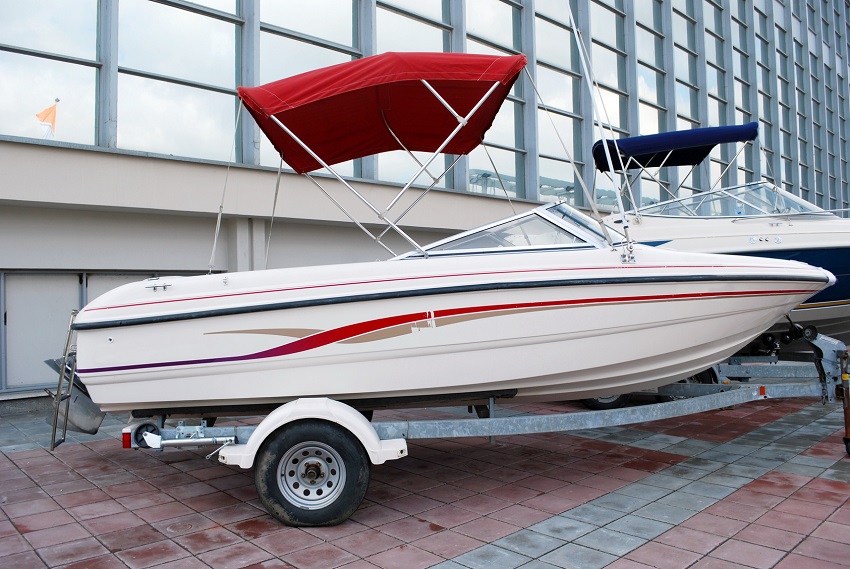 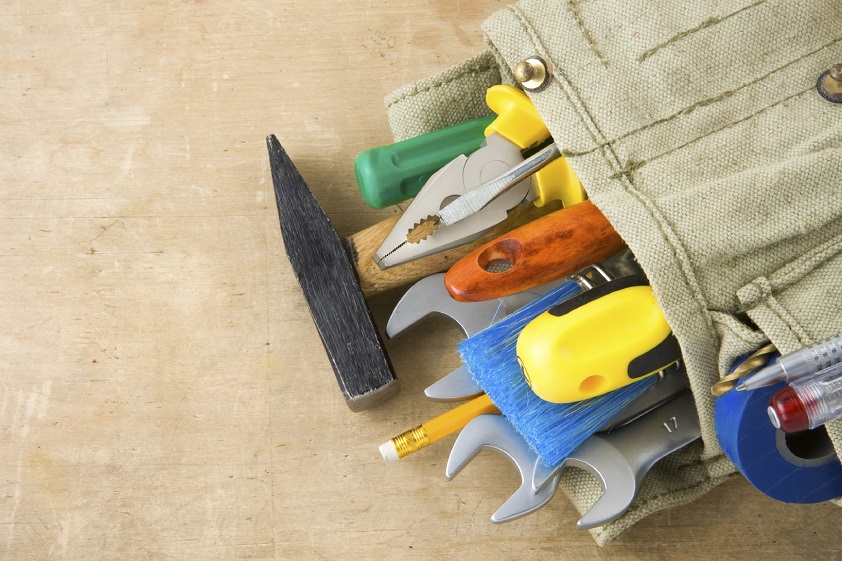 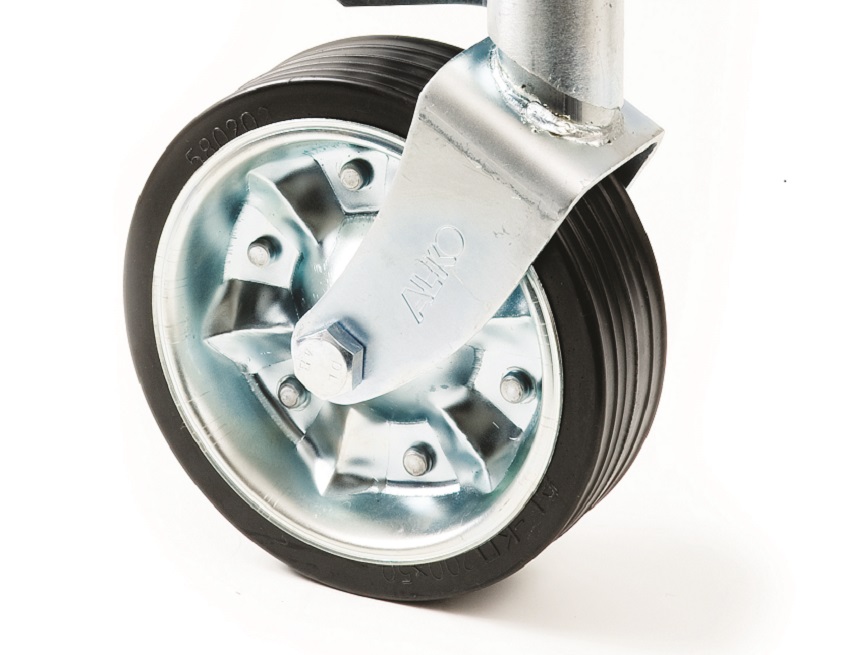