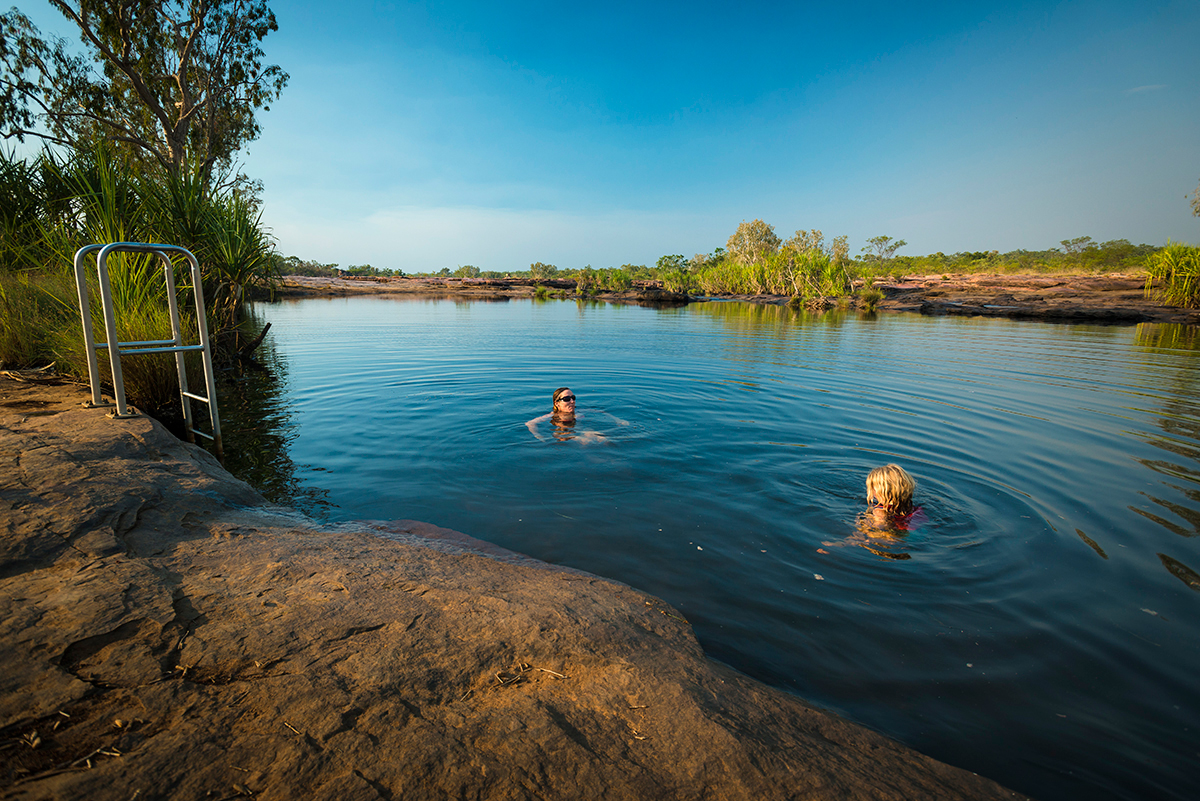 Tackling the rutted, washed-out track that leads to this unexpected, forested oasis demands patience, but all is forgotten once you’re finally floating beneath Twin Falls, dangling your dusty red feet in the cool current. This sublime, spring-fed swimming hole would shine anywhere in the state, but it’s a rarity in a region where most waterways are the domain of big estuarine crocodiles.

The pools stay full year-round, fed by water seeping through sandstone bedrock into Canal and Eliot Creeks before they join forces to swell the Jardine, Queensland’s largest perennial river.

Today, it’s is a peaceful spot for off-road travellers to unwind, wandering between the national park’s excellent campground and the two tiers of irresistible pools beneath Twin Falls. You can swim beneath Eliot Falls and at the Saucepan, too, and there are big campsites tucked into bushy nooks, with facilities impressive for such a remote location: wheelchair-accessible toilets, drinking water, picnic tables and fire pits.

WHERE: Eliot and Twin Falls are signposted off the Bamaga Road, 119km north of Bramwell Junction.
WHEN: During the mild, dry season from May through October.
CAMPING: Book campsites in advance at www.npsr.qld.gov.au or by phoning 13 74 68 as there is no mobile coverage at the campground ($6.15/person).
ROADS & RIGS: The roads in are not for the faint-hearted and suitable only for 4WD vehicles and offroad camper trailers; it is not suitable for caravans. Offroad running gear such as full-articulation hitches, and independent offroad suspension are advised. In the Kimberley’s north-west, where the King Edward River divides the countries of Ngarinyin and Wunambal peoples, travellers can find respite at an idyllic waterfront camp surrounded by 40,000-year-old rock art.

Known as Munurru, this sacred dreaming place records ancient tribal battles of Wandjina spirits, ceremonial Gwion-Gwion (Bradshaw) scenes and mesmerising paintings of long-extinct animals such as the thylacine. These are some of the oldest and most intriguing art works you are ever likely to find.

Claim one of the spacious, grassy nooks for your camp, then head for the deep, clear pools to float beneath the corellas that congregate noisily at sunset. Just downstream, where the river slips and slides over polished rock, King Edward Falls fills a picturesque rock amphitheatre that glows amber and gold as the sun dips low.

The rewards for reaching this gorgeous spot are immense and a swim in the King Edward is utterly sublime, any time of the day.

This vibrant strip of green is a great birdwatching spot at dusk and dawn when wildlife emerges to feed and forage. Keep an eye out for the freshwater crocodiles that are reported to venture this far upriver, but pose no threat to respectful swimmers.

The free-range campground provides good facilities for such a remote location and Munurru’s twin rock art sites are signposted close to camp and easily explored via foot trails that pad through the grasslands.

WHERE: King Edward River campground is signposted 8km off the Kalumburu Road, about 180km north of the Gibb River Road, which opens to 4WD traffic at the end of the wet season.
WHEN: Time your trip between April and November, expect high water levels early in the dry season and check road conditions before setting out (www.mainroads.wa.gov.au).
CAMPING: Costs $10/adult ($2.20 per child), payable on site (no bins, no pets, bring drinking water). Visit www.parks.dpaw.wa.gov.au to find out more.
ROADS & RIGS: Getting to King Edward River demands a good dose of determination: the Kalumburu Road is seasonally closed and usually corrugated, and the causeway across the King Edward River can be deep. Caravans are not encouraged and 4WDs towing offroad campers should take care at all times. To reach Tjuwaliyn (Douglas) Hot Springs you pass through a pretty lonely stretch of scrub, so it comes as a surprise to discover the vast wintertime congregation of travellers that converge on this big, free-range camp. What lures the crowds are the steaming underground springs that bubble to the surface at a red-hot 60˚C!

Some of the sandy pools along the Douglas River are literally boiling, so test the temperature carefully before taking the plunge and keep children within reach. This site remains an important ceremonial place for Indigenous Wagiman women to teach girls about adult life and rituals continue today, occasionally closing the park.

At all other times, it’s travellers who gather here, but with such a spacious campground, it feels convivial rather than crowded. There are two separate areas to accommodate those with generators and those without, and the riverside sites even offer a little shade.

WHERE: Turn off the Stuart Highway 6km north of Hayes Creek and follow Dorat then Oolloo Roads for 31km.
WHEN: The park is accessible to conventional rigs and opens during the dry season (April to November).
CAMPING: Costs $6.60/adult (half-price for kids) and there are toilets, barbecues, firewood, water and picnic tables provided.
ROADS & RIGS: The road in to Tjuwaliyn is unsealed but suitable for caravans, campers, soft-roaders and 4WDs. This is exactly what you can expect when you tackle the adventurous wet-walk through Weano Gorge to Handrail Pool. The gentle trail that lures walkers into the gorge quickly becomes an invigorating, watery pathway. The unexpected lack of a conventional track sharpens your focus as you search constantly for foot holes.

When you finally find your rhythm, splashing through shallow pools and shuffling along thin rock ledges, the gorge opens up to reveal a stunning amphitheatre that cradles Handrail Pool between soaring rock walls. Equally breathtaking is the final challenge to get swimming: a sheer, slippery drop over the waterfall’s edge that demands a careful climb via an old ‘handrail’ to reach the chilly pool. Nestled beneath shady paperbarks where the Calvert River cascades into a series of clear, shallow pools, offroad adventurers will relish this picturesque camp on the north-western side of the causeway crossing. Despite offering nothing more than a spacious pull-off, this is easily the best place to camp on the long, bumpy stretch between Borroloola and Hells Gate.

Dunking yourself in the Calvert’s chilly cascades is a delicious and rare experience on this estuarine crocodile-inhabited route, so don’t pass it up, even if you reach camp before its time to stop for the day. Arriving early means you’ll have time to explore downstream and discover the incredible tufa waterfall that stretches about 100m above the eastern riverbank.

WHERE: The Savannah Way crosses the Calvert River 175km east of Borroloola and about 140km west of Hells Gate.
WHEN: The Queensland to Northern Territory section of the Savannah Way is accessible from about April to October, depending on seasonal rainfall,
CAMPING: The Calvert is free but there are no facilities. To find out more visit www.savannahway.com.au
ROADS & RIGS: This spectacular unsealed route is best tackled by 4WD vehicles towing sturdy rigs with offroad gear and enough clearance to cross shallow causeways. It’s been over 20 years since Catherine tackled her first Aussie Big Lap and she’s been recounting her travel tales ever since, working mostly with her partner, photographer David Bristow. The couple’s first book – Highway One, the Ultimate Australian Road Trip – was published in 2012.

With a background in journalism, magazine editing and as a newspaper manager, it’s long been the outback office that Catherine enjoys best. And when not exploring some dusty outback track, Catherine and her family live aboard a sailing catamaran in Cairns. 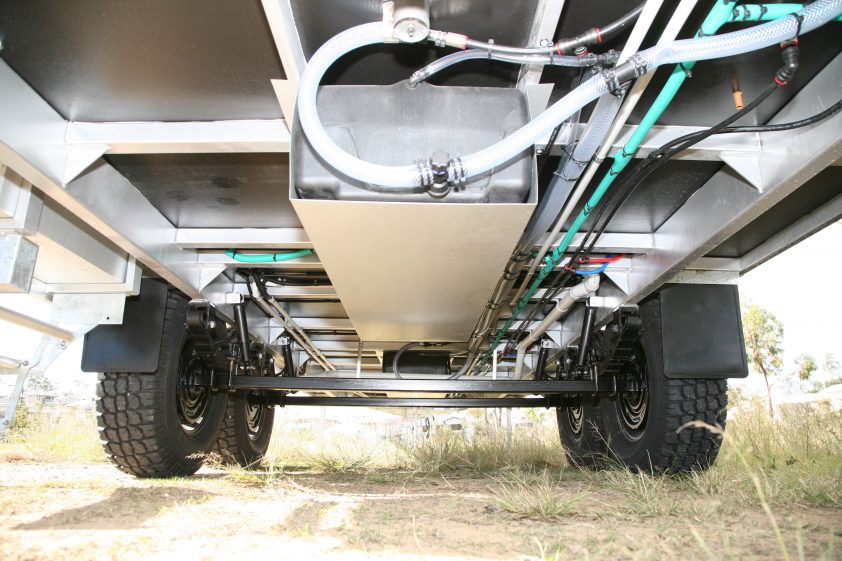 A Brief Guide to Tanks 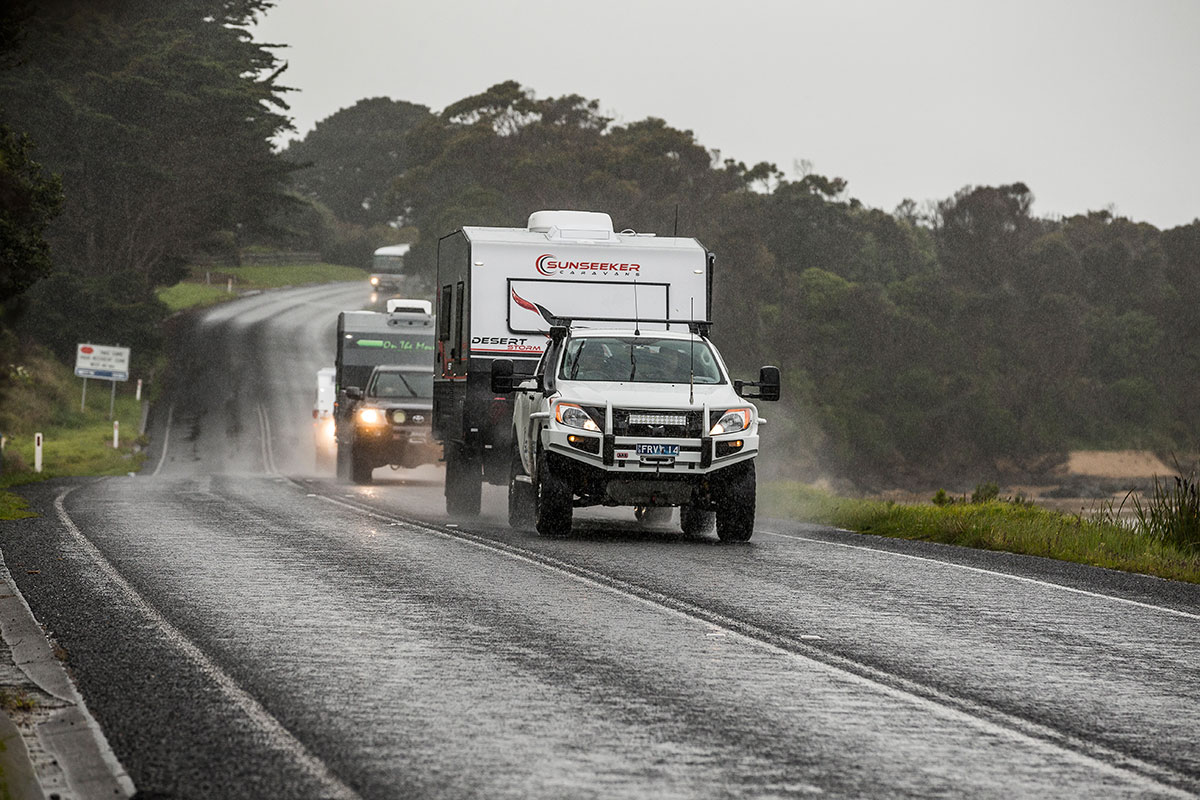 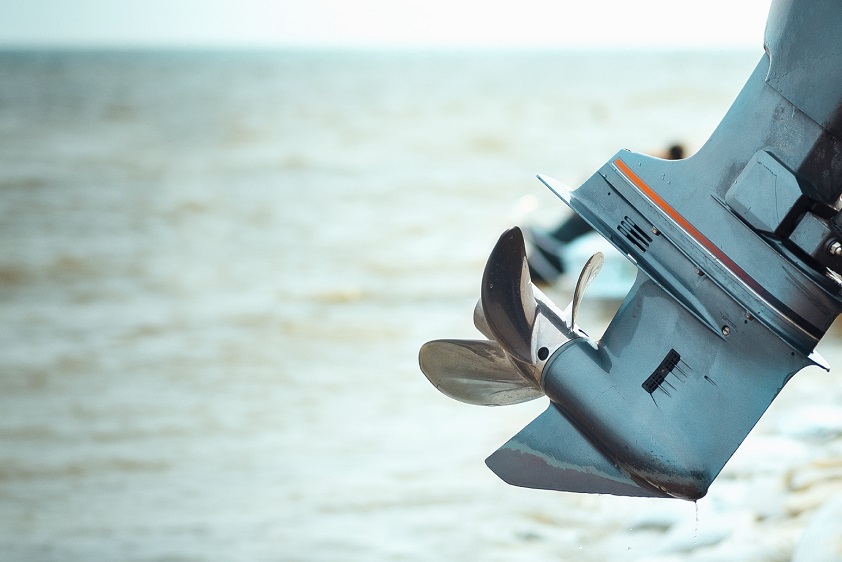